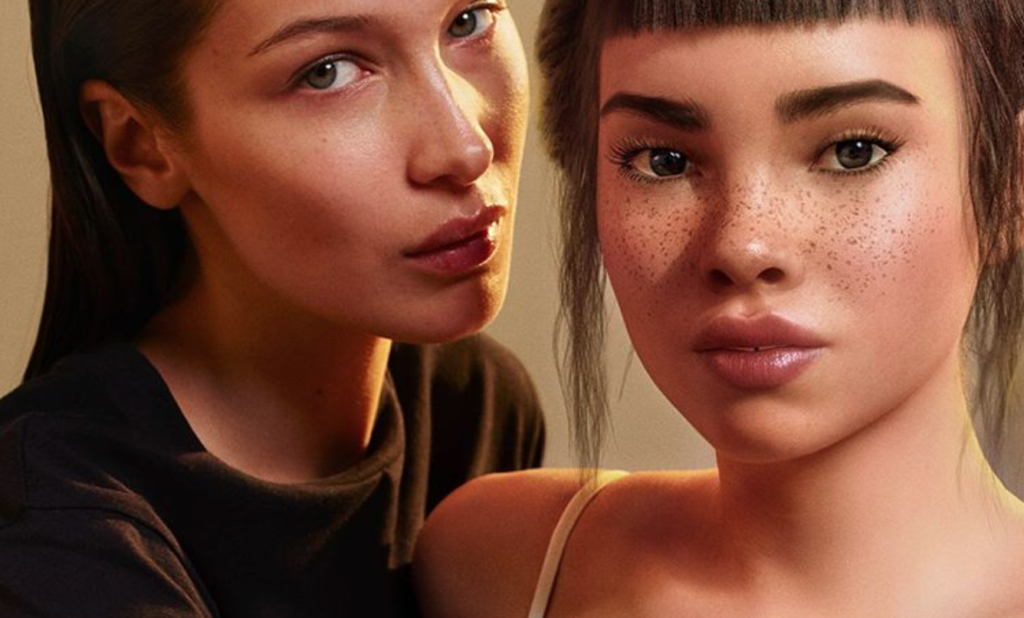 If you’ve been anywhere online this week, you’ve already know that Calvin Klein has launched their latest #MYCALVINS campaign, featuring the likes of pretty much everyone, including A$AP Rocky, Kendall Jenner, Billlie Eilish, Troye Sivan and now, Bella Hadid and Lil’ Miquela. If that sounds like an odd duo to you, just wait.

In today’s instalment of the new I SPEAK MY TRUTH IN #MYCALVINS campaign, Bella Hadid makes out with digital It Girl/robot/pop star/internet mystery Lil Miquela. And even though we’re confused, we’re kind of into it?

In a video directed by Jonas Lindstroem, in which the Calvin Klein models are supposed to “speak their truths,” Bella says (in a dramatic voiceover): “Life is about opening doors, creating new dreams you never knew could exist,” while the two stare deeply into each other’s eyes before indulging in a weirdly sweet kiss. Not totally sure what “truth” these two are speaking, but who’s here for Lil Bella? Or would it be Miquella?

Watch the campaign vid, below.