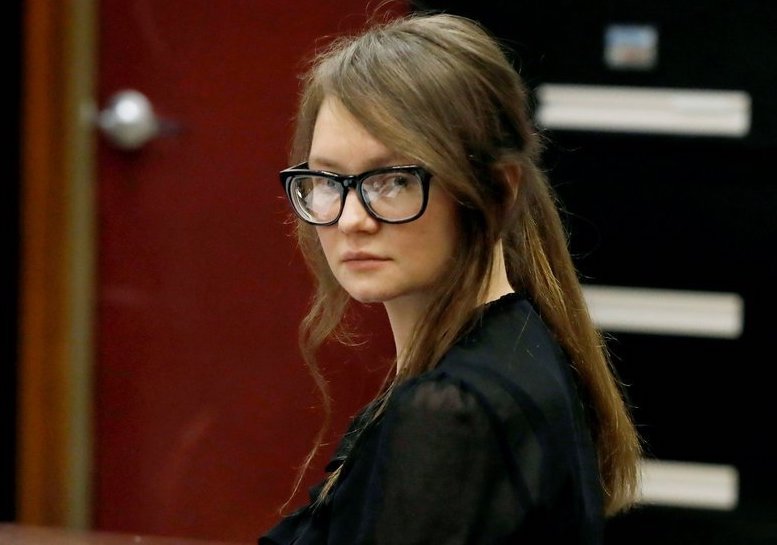 It’s been a rough few months for Anna Delvey, the socialite scam artist of our dreams. First, she was arrested and held without bail for scamming a multitude of banks, restaurants, hotels and Manhattan’s elite. Then, she heard LiLo might be playing her in the movie version of her life story. If that wasn’t enough, once the trial began, Delvey was forced by the judge to wear court-provided clothes (don’t worry, she hired a stylist after that epic fail), and now, she’s been found guilty and sentenced to 4-12 years for her crimes. Sigh. But none of this can get Anna down — or make her feel sorry.

In a new interview with the New York Times from behind bars at Riker’s Island, Delvey (whose real name is Anna Sorokin) told the reporter: “I’d be lying to you and to everyone else and to myself if I said I was sorry for anything.”

Though she does admit that she “[regrets] the way I went about certain things,” when asked if she’d do it all again, she said simply, “Yes, probably so.”

Gotta value her honesty. And while 4 to 12 years is quite a long time, at least we’ll have Netflix and HBO shows to watch about her. In addition, Delvey said she was planning to grace us with a book about her saga. “I guess I’m fortunate enough to go to real prison, so I’ll have more material,” she said.

Is that how you spell perfection?