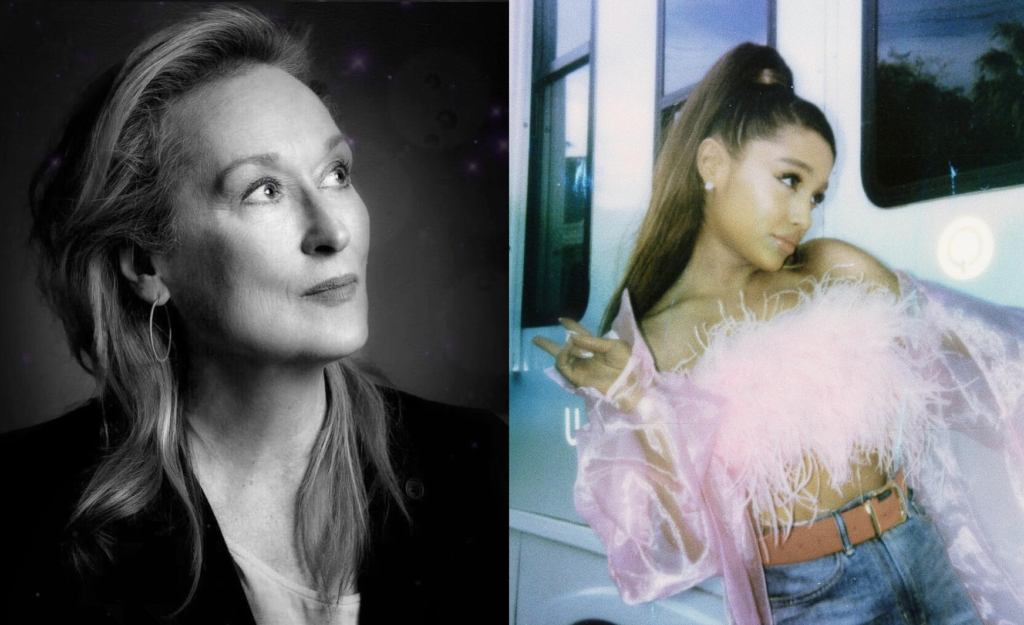 Sometimes things happen and they just make sense. One of these things is the decision to cast Ariana Grande and Meryl Streep next to Nicole Kidman and Awkwafina in Ryan Murphy’s new jam. Talk about a flippin’ dream team.

The new jam is in fact an adaptation of Broadway musical The Prom, which is about four not so hot anymore Broadway stars who travel to the midwest to give a lesbian high school student a helping hand after she’s been banned from taking her girlfriend to senior prom. A VERY Ryan Murphy narrative, and also quite fitting for Streep who is no stranger to a musical.

It’s hot for release in 2020, straight to Netflix, and will also star Keegan-Michael Key and Andrew Rannells. Mood.