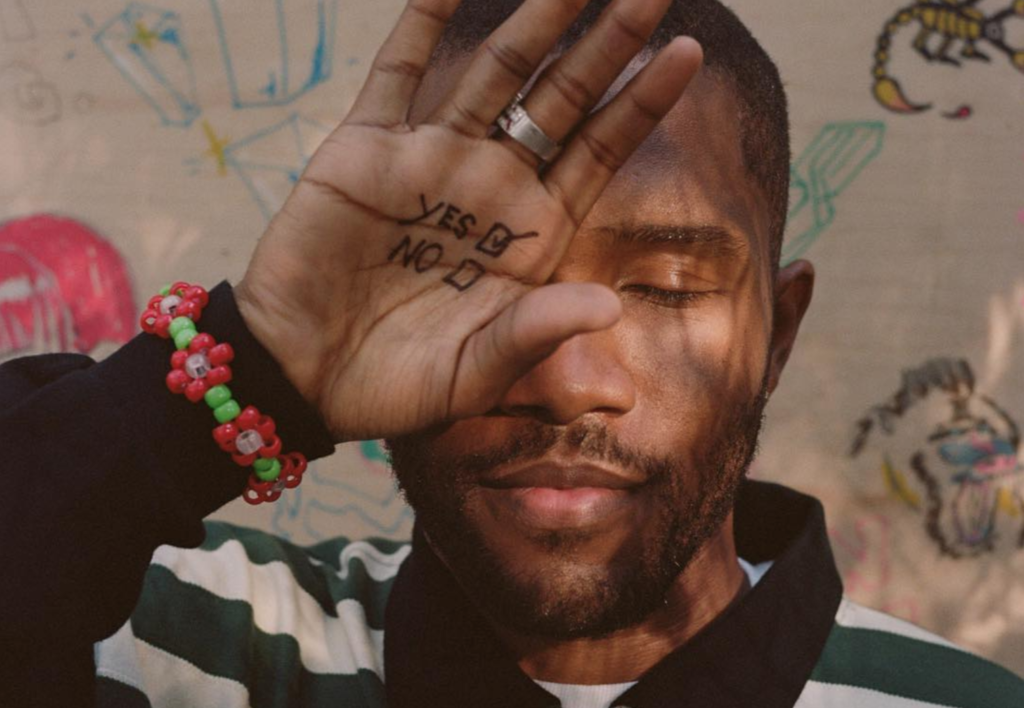 Frank Ocean may usually be press shy, but yer boy is on the new cover of Dazed being interviewed by a whole lotta people. For their latest issue, the magazine tapped fellow iconic celebs John Waters, Billy Porter and Janet Mock, among others, to ask Frank everything from being queer to his favourite movie, to who he’d love to punch in the face and how he slept last night. FYI: Nymphomaniac is the craziest movie he’s ever seen, he’s too peaceful to want to punch anyone and he “slept like a stone last night.” As for being queer in the music industry, he “navigate[s] it pretty smooth,” he said. “If anything my personal life needs the GPS sometimes.”

Other highlights include Frank’s life motto, “nobody cares.”

“I know it sounds negative,” he said of the mantra, “but to me, it’s not. I say those two words all the time to remind myself not to be too self-serious. Every now and then I like to say, ‘Fuck who sees.’”

Oh, and he loves “the cute little hammerhead dinosaurs” and says we can expect Channel Orange on vinyl ASAP.

Hero. Read it all here.