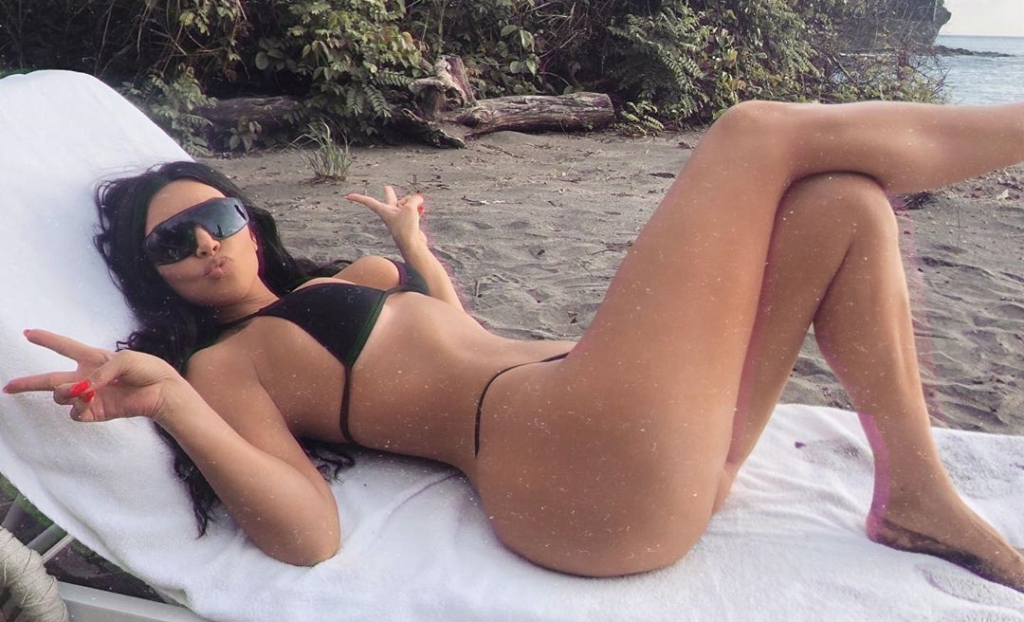 “Finally I can share with you guys this project that I have been developing for the last year,” she wrote. “I’ve been passionate about this for 15 years.”

The line, which will include sizes XXS to 4XL is Kim’s “take on shapewear and solutions for women that actually work.”

That all sounds chill, but… Kimono? Really? Naturally, people are aren’t thrilled.

Finally I can share with you guys this project that I have been developing for the last year. I’ve been passionate about this for 15 years. Kimono is my take on shapewear and solutions for women that actually work. I would always cut up my shapewear to make my own styles, and there have also been so many times I couldn’t find a shapeware color that blended with my skin tone so we needed a solution for all of this. The third pic is the solution short. I developed this style for all of those times I wanted to wear a dress or skirt with a slit and still needed the support. Introducing Kimono Solutionwear™ for every body. Coming Soon in sizes XXS - 4XL in 9 shades. I can’t wait for you to feel this fabric!#KimonoBody @kimono Photos by Vanessa Beecroft

Using the hashtag #KimOhNo, Japanese users on Instagram and Twitter have responded to Kim, calling her out for the tone deaf example of cultural appropriation and asking her to rename the brand.

“Wow, @kimkardashian. Thanks for butchering Japanese culture,” wrote one.

“I don’t understand… do the Kardashians not have someone telling them when shit is inappropriate or do they just not care?” wrote another.

But it gets worse. Kim has reportedly applied to trademark the word, meaning actual Japanese designers and importers would have to call the traditional Japanese clothing something else. Super Kool.

Of course, this isn’t the first time Kim, or her entire family for that matter, have come under fire for being a “culture vulture.” Black women, for one, have been vocal about the Kardashian’s use of Black culture, citing Kimono as just another example of how the family casually steals from minorities.

So far, there’s been no response from Kim — but she has launched the @kimono Instagram. Now we’re just waiting for a post about the name of the brand with a caption reading “Gucci vibes.”

Not a shock especially when your whole brand has been ground zero for cultural appropriation 🗑 straight up a Kimono is GALAXIES away from being a form fitting nude leotard. After having gone through an intense experience with the ritualistic traditions of a Taiwanese funeral where not only are the dates chosen because of their auspiciousness in conjunction with the birthdays of the children, but we also guide spiritual tablets that contain the spirit of the deceased while holding an umbrella over the tablet, shielding it from the sky as a monk rings a bell and chants during procession. In Taiwan, it is a funeral tradition dating to the Japanese occupation. The umbrella blocked the deceased's view of the sky, which was said to be under the rule of the Japanese emperor. I bring that up to remind people especially in the West that in general- seemingly “casual” (dress) or innocuous items and artifacts can actually carry deep historical and intergenerational significance with heavy symbolic (sometimes spiritual) value. These items are not simply there for “decoration” or there to be exploited for a flesh toned pasties trend .. only to devolve into some price competitive, bedazzled, Kimono branded dog harness for a Hollywood chihuahua a year from now. And while technically other items specifically condoms have existed with the word “Kimono” - guess what? It’s a Japanese brand lol. Anyway - to me- this is just another Trump-Kardashian spectrum of acceptable “American” business practices episode of how with the right marketing team, algorithms, and lawyers in America you can truly normalize/plunder the world for your own narrow capitalistic self gain. • “Kardashian’s representative filed a trademark request for the word “kimono” for use on clothing, underwear, headwear, luggage, dog harnesses and...whips, among other items, including, wait for it, kimono. The application was filed on June 19.”-kotaku.com/people-in-japan-dont-seem-thrilled-with-kim-kardashian-1835866576/amp • “A search of the online database for the United States Patent and Trademark Office revealed that Kimono Intimates, Inc. - which TMZ reported in👇🏼