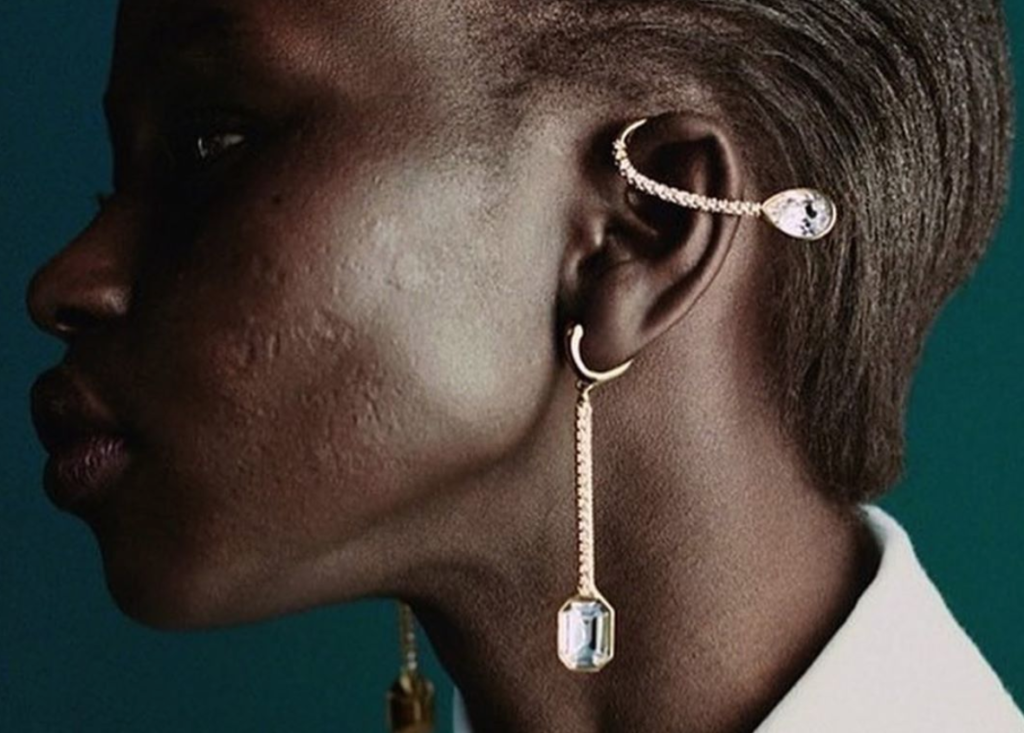 Rihanna’s been blessing us lately with the debut of her new high end fashion label, Fenty. Shortly after LVMH announced the label (and the fact that Rih would be the first woman to create an original brand with the company), the singer dropped its first campaign. Featuring models, influencers and all around cool girls like Oyster favourite, hair stylist Dylan Chavles, the imagery and accompanying video gave us a look at the tailored perfection that is Rihanna’s brain — and luckily, she’s done it again.

Earlier this week, the brand revealed another campaign (that also features jewellery !!!) that embodies the inclusive ethos Rihanna brings to all her brands.

Starring another Oyster fave, South Sudanese model Aweng Chuol, the unretouched imagery showcases Chuol’s facial scarring alongside a white button up blouse and gold ear piece, proving that a so-called imperfection is just as beautiful as a precisely tailored top. Shot by photographer Ruth Ossai, the campaign is just another step in Rihanna’s quest to take over the industry and make it more inclusive (and then hopefully, the world). #Rihanna2020