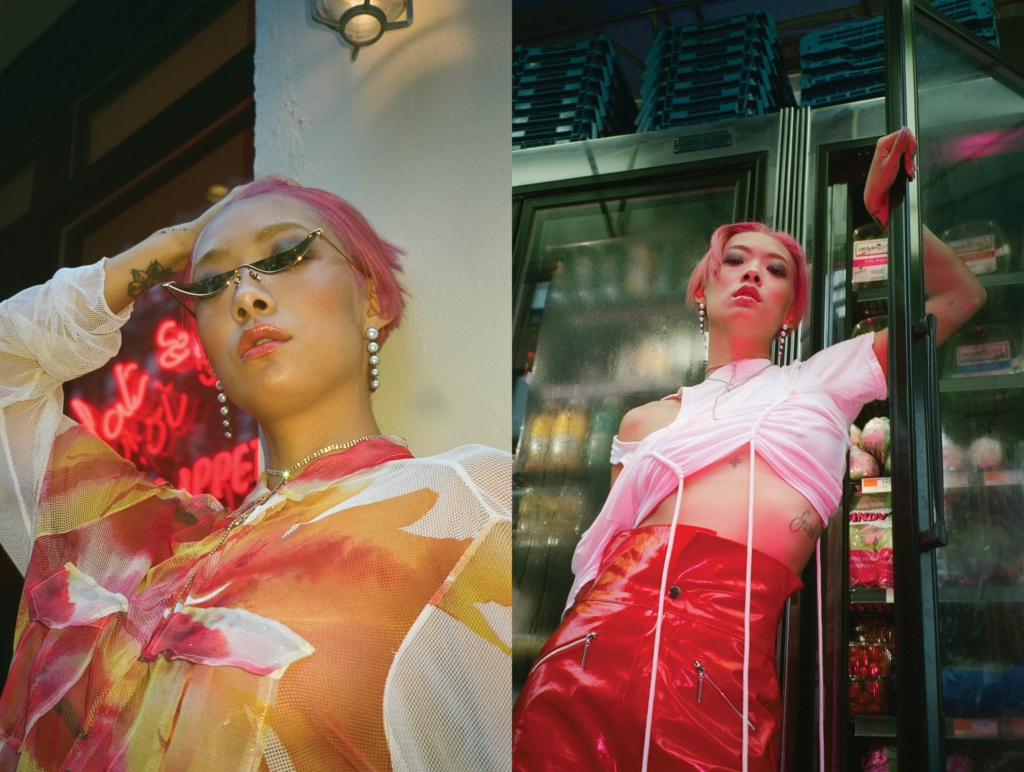 Oyster Issue 116 is available at the Oyster Print Shop

After a string of super fresh singles and very relatable content — an Arvida Byström collaboration, talk of the loneliness of online togetherness, a Valentine’s Day banger for non-heteros — Rina Sawayama has surely cemented her place in pop.

It’s been an upright journey for her, from self-funding her mini-album RINA to celebrating both the freedom and shame that comes with living out her true sexuality in 2018’s single ‘Cherry’, but she has arrived — a shimmering, honest, and hugely necessary voice in the conversations around queer Asian visibility and internet health. 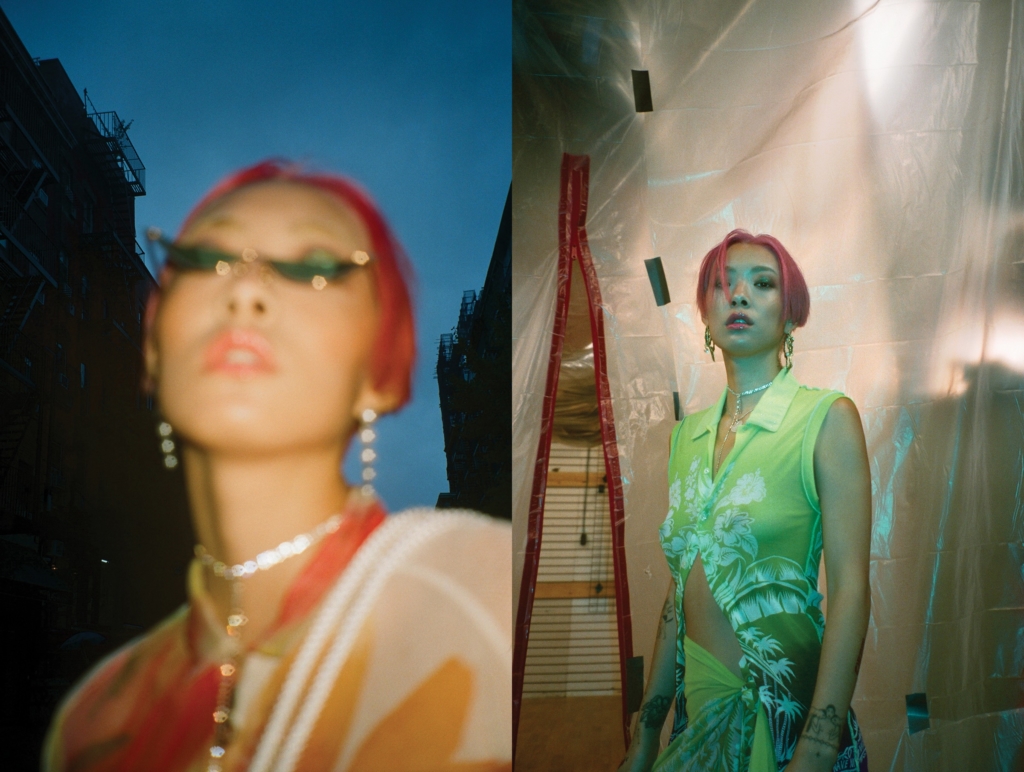 Hayley Morgan: I read a lot that you are often anxious or nervous — do you get anxious about interviews?

Rina Sawayama: I think I get anxious when I’m not speaking to real people, like when I’m on Twitter or Instagram and I can’t see a face or hear a voice. I’m fine with interviews and face–to– face stuff. It’s the behind the screen stuff…

Really? I’m all about behind the screen. I hate answering the phone. A phone ringing is hell, especially when I don’t know who is calling.

Oh my god yes, I block calls when I don’t know who it is as well.

From your perspective, why are people so obsessed with you?

I don’t know! I guess I have amazing fans. Maybe it’s because I am really honest — I do want to be close to my fans. I’m very truthful in my lyric writing, I’m authentic in the stories I tell and I take my narrative where my life is going, I’m not talking about one thing over and over again — and I do want to be close to my fans. Maybe people feel like they’re in my life as well. And there’s still a big lack of East Asian people in the entertainment industry full stop, especially in the UK. Let alone East Asian queer artists.

With writing like that, where you’re being honest with what you’re feeling at that moment, do you then have music or instances where you’re performing a song that doesn’t mean the same thing to you anymore… because you’ve moved past it?

Oh, interesting. Yeah, I guess some tracks that are more just fun — like ‘Valentine’ I enjoy performing a lot, but it’s not one that I connect to emotionally. When I sing the first verse of ‘Cyber Stockholm Syndrome’ on stage, I can feel the connection with the fans and I know that every line means something to the people in the crowd — like ‘Alterlife’ and ‘Take Me As I Am’. Even when I played ‘Flicker’ for the first time they got it, and people were just there living for it.

Have you always been well-liked? Was school easy, did you fit in with students and teachers?

Oh no, not really. I think I’ve gone through phases of being really disliked — it’s something that I’ll talk more about in my album, stuff about traumas and bullying and stuff. I’ve had major out- cast incidents at different points in my life, which really ruined my life. On the whole, I’m quite bad at keeping friends because I don’t like to leave the house [laughs].

I’ve got a lot of friends online. I’ve actually got some close friends now in different countries, which is amazing. I’m instantly friendly but not, like, lastingly trusting of people.

I can relate. But you seem to have a good relationship with learning — you’ve studied interesting stuff like politics and sociology, right?

Yeah, I went to Cambridge and studied politics, psychology and sociology, so I’ve got a degree now. 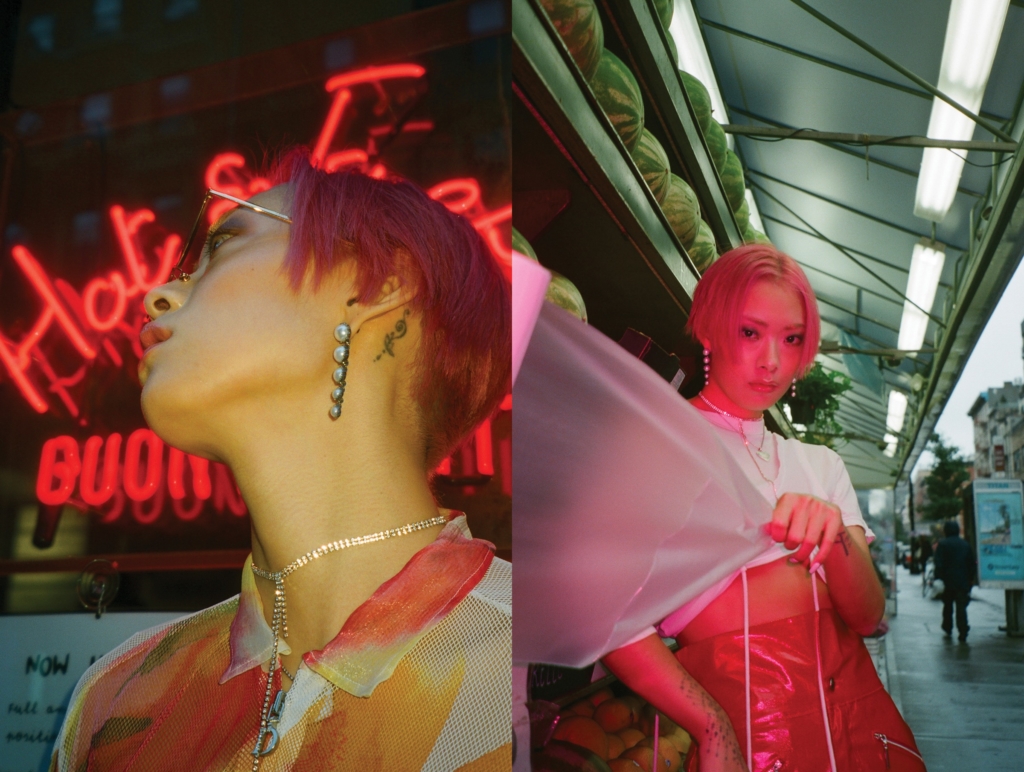 I didn’t study that at all — I specialised in American politics, and my dissertation was about gay rights and gay marriage. But, after uni, I didn’t want to do any more studying. So, I went in the other direction, where I could be free. But then I lost my way — I lost my passion and my voice — until I met Arvida Byström, who I did the ‘Tunnel Vision’ video with. She was channelling this very academic thought with photography and self-portraits, so I was really inspired by that. She was doing something complicated at the time — we’re talking 2012, 2013 — in the way she expressed feminism and femininity online, and online abuse through comments and stuff, which was really inspiring. That’s when I realised that I could apply what I learned at university to my art. I could use my obsession with psychology, and the relationship with politics and sociology, in a way that only I can. As soon as I started doing that, I found my direction.

Would you say that your artistic content is fuelled by knowledge or emotion?

Definitely knowledge. People say that every song is a love song, and I totally agree, but there are stories to be told that aren’t already being told in pop. That’s something that I want to keep telling.

Do you have a good relationship with technology and social media?

It’s up and down, really. At the moment, I’m trying to have more inspiration, and I don’t like getting it from Instagram or Spotify. Right now, I’m just researching and watching a lot of movies. The visuals really inspire me to see the sound I want to make.

Do you have any golden rules for social media to stay happy and healthy while you use it?

It sounds a little bit like we’re talking about drugs.

Yeah, exactly. Don’t do it directly on the dinner table.

I read an interview recently where you’re talking about writing songs about girls, and inevitably you talk about your sexuality… why is it important for you to talk about sexuality?

Because when I was growing up, that conversation — especially East Asian women talking about their sexuality that’s queer and nuanced — wasn’t really a thing. Because of stuff like Twitter, I am able to explain my thoughts behind songs like ‘Cherry’. I don’t have any family in the UK — my family here are my queer family. And when we talk about being gay or gender stuff, we aren’t black and white about it. It’s so complicated and so complex. With ‘Cherry’ I wanted to write a song that said I’m really proud to be queer, but at the same time, I feel deep shame. A lot of people struggle with that. And with the East Asian thing, it’s double the layer. Perhaps the acceptance of white gay men is okay in an East Asian household, but an East Asian bisexual woman is not okay, or even lesbian is not okay. So, I wanted to talk about my sexuality in a way that is celebratory, but that also tells a different story. There are so many songs about being proud, I wanted to speak about what I was feeling. 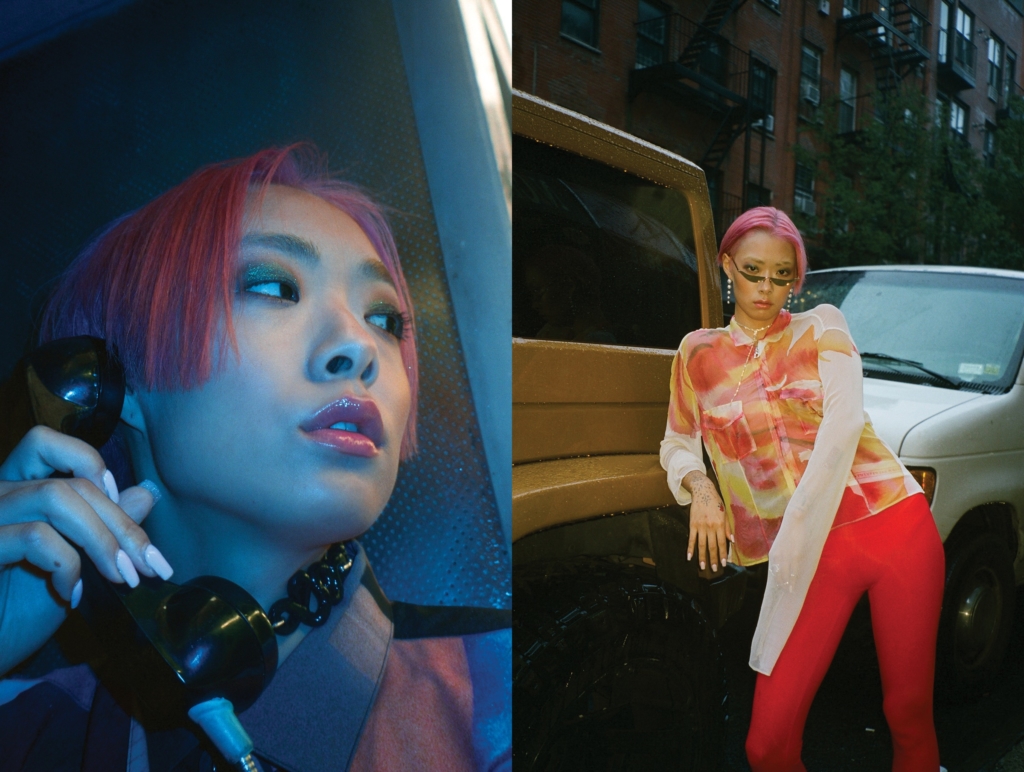 Absolutely. It will be a nice feeling when we’re in a world where people also have to come out as straight…

You self-released your debut record RINA at the end of 2017 — what was it like doing it by yourself, or who was helping you behind the scenes?

I have an incredible team. It’s not literally just me self-releasing. I have a distributor who took care of the digital side, I have an incredible manager, I have the best PR person. It was a real team effort. But I recorded the entire thing in my bedroom, did everything on favours. I’m so used to doing fashion editorials where no one’s getting paid and people are there just for the art of it. Obviously there are different opinions on that, but I was just trying to apply my background in fashion and modelling to my music. And it worked. I used to wish that my parents were really rich and supportive of me, I wish my family were a nuclear family, I wish all these things were aligned that most pop stars have — a family that just wants you to be famous. But I showed that you don’t need that. My family did not support me in any way for my first record.

Would you self-release again? Or do you have a priority to get your next record signed?

It depends. I think I would get more help. You know, when Chance the Rapper self-releases, it’s not the same as a bed- room release.

Have your parents or family seen what you’ve released — while they’re not able to be financially supportive, are they emotion- ally supportive?

I guess it’s weird… I haven’t been that close to my dad because my parents are separated. We’re very different politically, so we’ve grown apart. The one thing that Asian parents support is independent money-making, so if you’re able to go out and make money from what you said you were going to do, then they’re okay with it. My mum and I have the funniest relation- ship. She always has a way of knocking me down, but I know, in her own way, she supports me. She just has a weird way of showing me.

So, you said you were watching films to get inspired, what have you been watching?

I watched Killing Eve, which is amazing. I’m very interested in Asian sadness, as well as apocalypse and sci-fi because I game a lot. The Handmaiden is on my list, Norwegian Wood, Space Odyssey. I bought a TV last week, which I really regret, but I just want to watch lots of movies on it. Though I haven’t asked my landlord if I’m allowed to mount it on my wall.

The struggle! Lastly, I want to know who your hero is…

Oh my god. Kehlani, because she got pregnant. My mum, and Britney Spears, and Clarence Clarity. Also Diet Prada is my hero at the moment, because what happened to Dolce & Gabbana is truly incredible and fucking great.