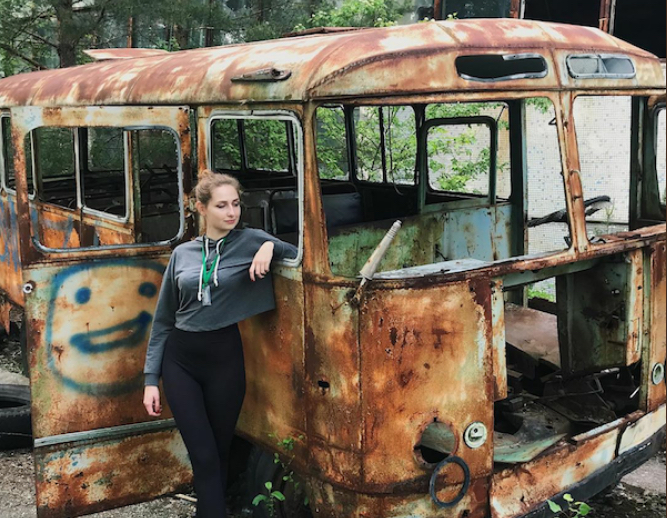 I’ve said it before and I’ll say it again: the internet is weird. By now, we know people will do pretty much anything for the ‘gram, from insane challenges like the Kylie Jenner Lip Challenge and the one where people take a shot of cinnamon or something, to completely tone deaf stuff like the actual Kylie Jenner’s Handmaid’s Tale-themed birthday party. But so-called influencers are taking things to the next level with a new trend of Chernobyl selfies — and no, this is not a joke.

According to travel agencies around the world, tourism to the city, which was ravaged by a nuclear explosion in 1986, has increased by over 40 percent in the last few months. The uptick is likely due to HBO’s newest series that follows the tragic event in which many people lost their lives. Super cool spot for a selfie, huh?

Of course, the city was deemed habitable again in the ’90s, however it’s still an active hot zone, which means these influencers are willingly subjecting themselves to high levels of radiation for a cool Hazmat suit selfie. Not to mention how insensitive the whole thing is. In fact, Craig Mazin, the writer of the HBO series made a statement about the new trend, saying: “If you visit, please remember that a terrible tragedy occurred there. Comport yourselves with respect for all who suffered and sacrificed.”

Sadly, something tells me the people doing yoga poses at the city’s abandoned apartment complexes aren’t thinking too much about what happened there.