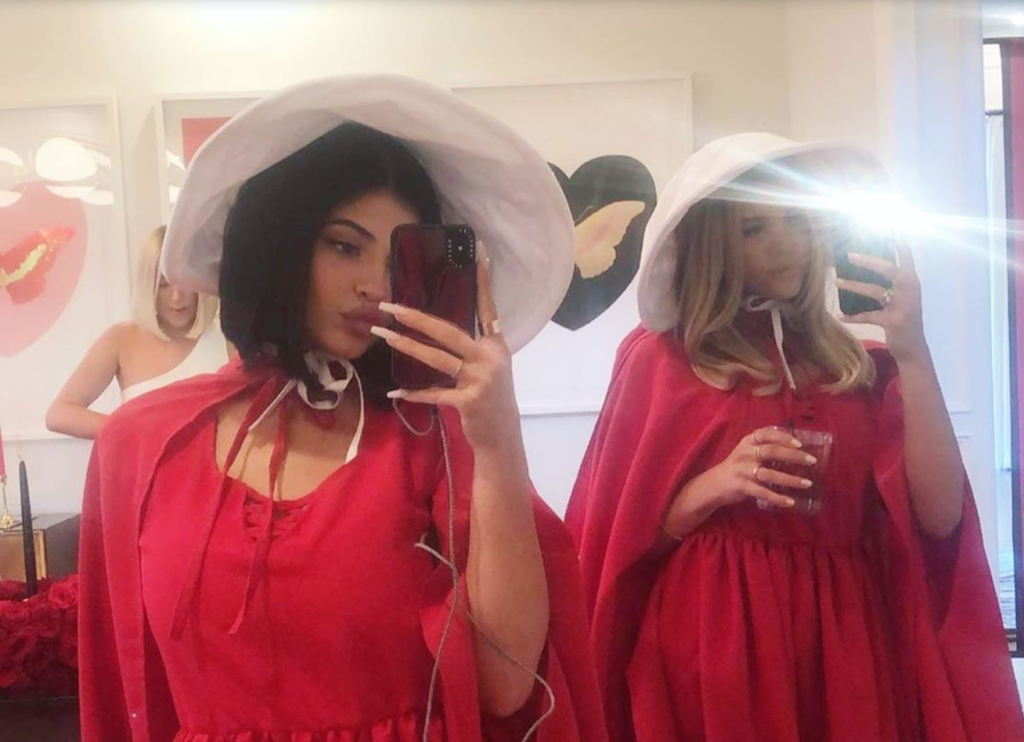 Today in wow life is weird, Kylie Jenner hosted a Gilead-themed party for her friend’s 22nd birthday, wherein ‘Under His Eye Tequila’ and ‘Praise Be Vodka’ was actually sipped. These refreshments were served by waitstaff who wore Martha costumes, which is… something.

It’s not the first time Elisabeth Moss’ red robe has been donned IRL — though usually as protest wear for those picketing outside buildings where shit decisions are being made about women’s bodies, they have been seen in flirty selfies over the Halloween period (which is technically fine because it *is* scary). But it’s sort of a strange birthday bash sentiment, to get the crew to dress as an order of women who’re routinely raped and oft forced to kill each other. Right?

Because who doesn’t want a birthday party themed in a universe where women are raped, beaten, and forced to have unwanted children. A world where queer women are murdered or forced to undergo female circumcision.

This is white feminism. https://t.co/RHLxDpjTBn