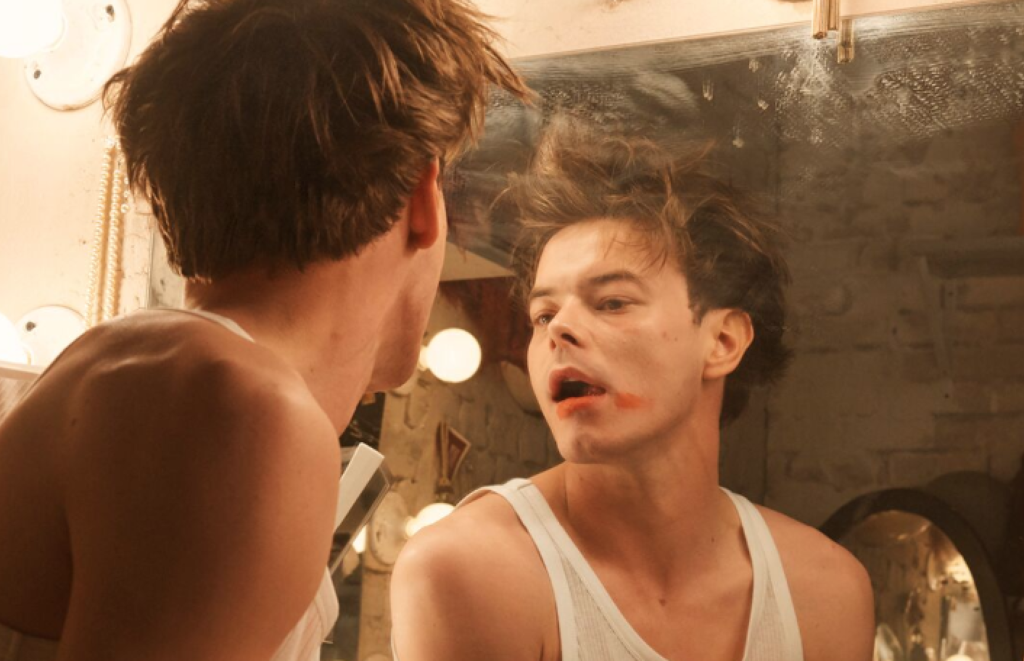 True hunk, Stranger Things star, the name on everyone’s lips and the face everyone wishes was on their lips, Charlie Heaton, is fronting the new Loewe campaign. What a smooth situation.

The campaign teases the debut of the new Spring Summer 2020 menswear collection, which will march in front of important eyes this Saturday in Paris. Photographed by Steven Meisel, Charlie is caught inspecting his beautiful face in a backstage situation while wearing an ankle-length white tank top. Mood. “His smeared lipstick imbuing an element of ambiguity as to the character he is about to become,” reads the press release — bringing about lots of anticipation for the show.

In keeping with the label’s usual triptych campaign release, two other images accompany Charlie — a fist full of earth and grass, and a look at the new Grand Puzzle Bag that features some very handsome rugby stripes.

#LOEWESS20 Campaign #StevenMeisel has shot British actor #CharlieHeaton from ‘Stranger Things’ in a moment of introspection before going on stage. A celebration of drama’s mysteries, Heaton’s smeared lipstick imbues an element of ambiguity as to the character he is about to become. Creative Direction @jonathan.anderson #LOEWE #ParisFashionWeek #PFW #Menswear

#LOEWESS20 Campaign Taken from a new series titled ‘A Show of Hands’ to be released later this year, #StevenMeisel’s image of a tattooed fist grasping a grassy clump of earth improvises upon a symbol of protest for today’s turbulent times. Creative Direction @jonathan.anderson #LOEWE #ParisFashionWeek #PFW #Menswear