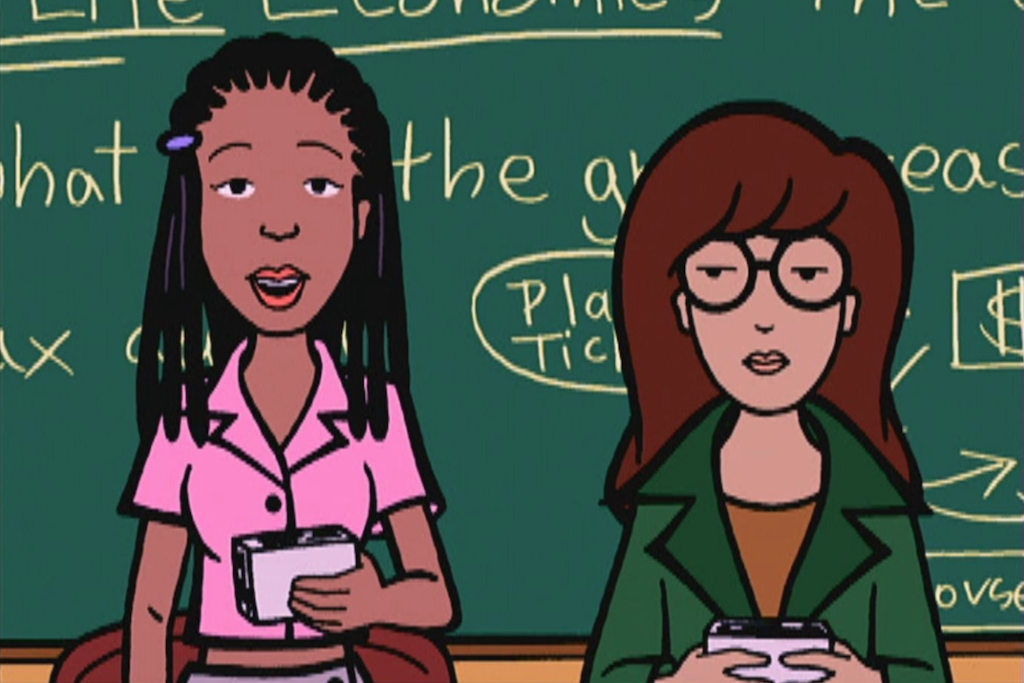 MTV announcing that it’s no longer working its original Daria spin-off *could* be taken as the biggest bummer news of the day, but what it has been replaced by is even better: a show focusing on Daria’s friend Jodie Landon. And this new Jodie Landon will be played by Blackish star and true legend Tracee Ellis Ross. Big yes.

The series kicks off post Lawndale, where Jodie is working through her first job after college — in tech, ofc — and it marks the first black female lead character in an animated adult series in nearly 20 years. It’ll be written by Insecure writer Grace Nkenge Edwards and will cover “everything from gentrification to sex to tech to call-out culture”.

“Being able to give voice to fresh, feminist and unexplored stories of young women excites me. Jodie will spin off from the cult classic Daria, and with the brilliant, sweet and sarcastic black-girl magic that is Jodie Landon,” Tracee says in a press release. “We will feature a diverse cast, comprised mainly of unapologetically smart and ambitious young female characters who are vulnerable and flawed and interesting and funny.” MOOD.