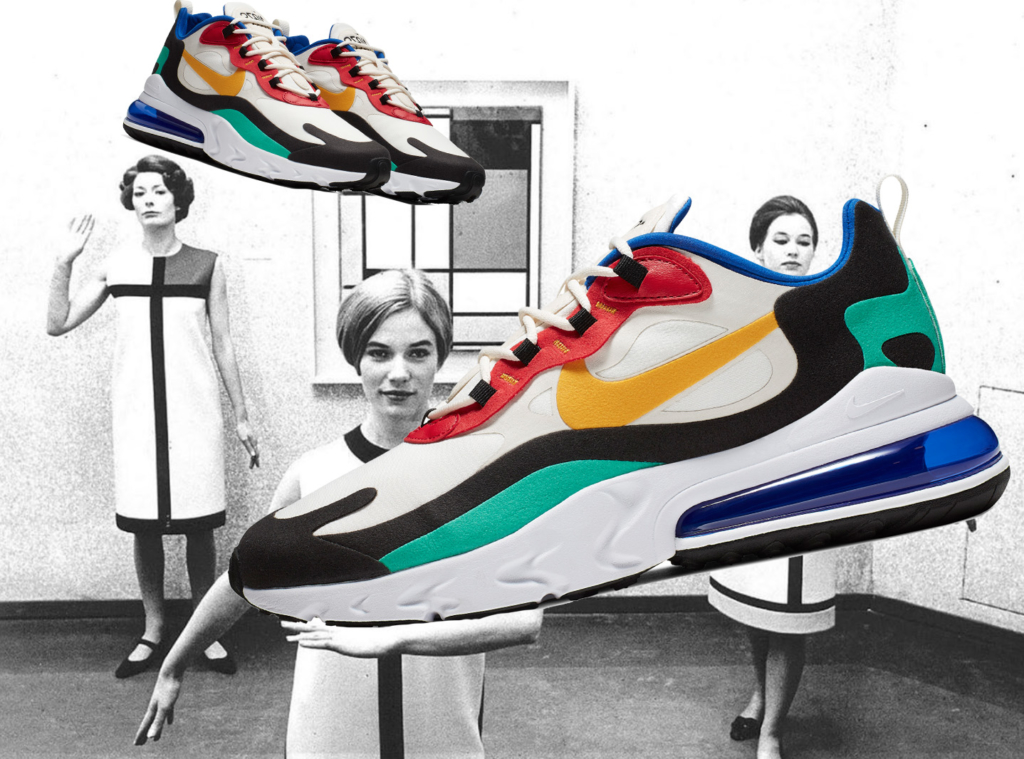 You’ve probably heard the word Bauhaus before — if you’re a goth, likely because of the band. So, what do the godfathers of goth pop have in common with artists like Wassily Kandinsky and Nike’s newest Air Max? They were all inspired by a famous German art school that developed its own revolutionary design.

Open from 1919 to 1933, The Staatliches Bauhaus was founded by Walter Gropius in Weimar, Germany. Over the years, the school, whose name literally translates to “building house,” underwent three distinct shifts in leadership and location, which led to a change in its inherent focus on design. But the Bauhaus movement was always characterised by its minimalism (even in all its evolutions), with its most prominent influence found in modernist design.

When Gropius founded the school in 1919, he wanted to create a space in which fine arts and applied arts could come together. Quickly, the Bauhaus became an innovative place where artists, architects, designers and craftsmen all flocked — and not just to learn. Early teachers included Kandinsky, painter Paul Klee and sculptor Gerhard Marcks. During that time, the school’s aesthetic was driven by the teachings of expressionist painter Johannes Itten, who taught the preliminary course that introduced all students to the ideas of Bauhaus.

In 1925, the school moved to Dessau, where it underwent a considerable change in aesthetic approach. The new director, Hannes Meyer, was a functionalist, who brought in a new faculty that included only him (and one of his friends). But by 1931, the Nazis threatened to close the school and in 1932, they moved to Berlin.

The Berlin years were characterised by a renewed inspiration by the Bauhaus students and in the Bauhaus study of design. The new head of school, Ludwig Mies van der Rohe bought an old factory in the heart of the city, and the students worked to convert it into a monument of the Bauhaus look. Sadly, the Nazis in their control of Germany, fought both the school and the movement, leading the Bahaus to close in 1933.

Of course, that wasn’t the end of it. Bauhaus architecture, minimalism and modernist philosophy have impacted artists and cities across the world — including Nike, who channeled the movement in the lead colourway for its latest drop, the Nike Air Max 270 React.

The shoe, which almost looks like it could’ve been painted by Kandinsky, with its modernist strokes, creates a “floating eye aesthetic” inspired by the school. And the timing couldn’t be more perfect — this year is the centenary of the founding of Bauhaus. Also in the Air Max 270 React series are colourways that highlight San Francisco psychedelia, explorations of geometric compositions and more — all available in mens, womens and kids. They start dropping today, so head here to cop. 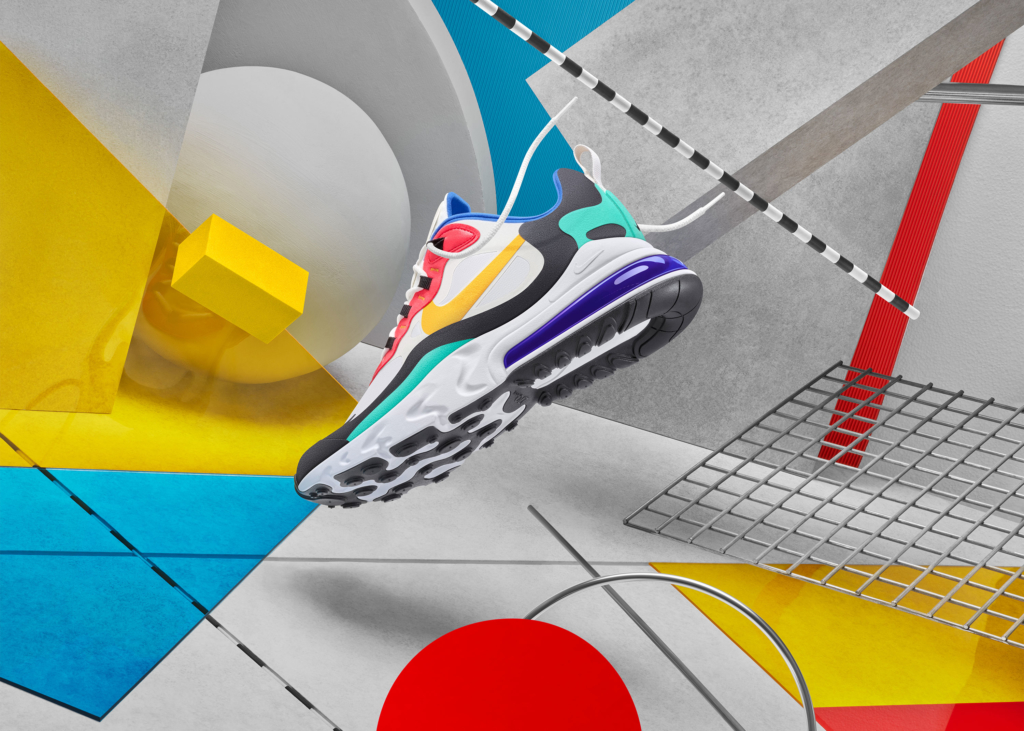