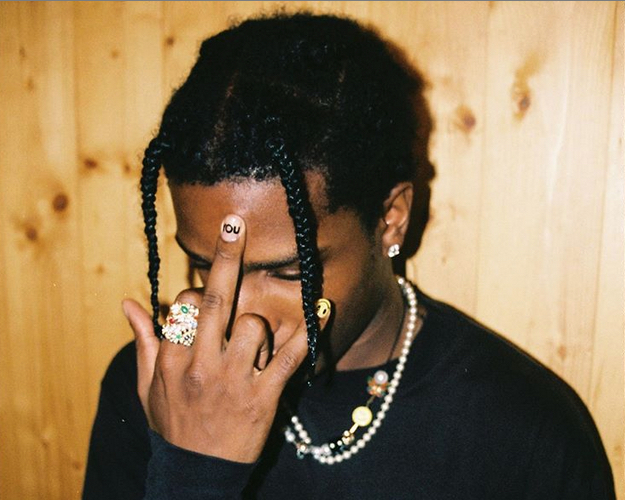 Last week, A$AP Rocky was arrested for assault in Sweden. Following the news, footage of the event leaked showing the rapper and his crew beating up a dude after he accuses them of breaking his headphones. But Rocky took to Instagram to share an extended bit of footage that shows the accuser and a friend following the rapper after repeatedly being asked to fall back, and further information has surfaced asserting that the duo was actually harassing the rapper. It’s clearly a shitty situation, and Rocky has been held in Stockholm for over a week.

Now, friends of the rapper aka all of your favorite celebrities have come together to start the #JusticeForRocky and #FreeAsap hashtags and a petition on Change.Org. People like Naomi Campbell, Billie Eilish, Nicki Minaj, other members of the A$AP crew and Oyster favorite, Tyler the Creator, have all taken to Instagram to share their support for the rapper and demand his release.

Stand in support and request Rocky’s release from Swedish officials! Please sign the petition and join the movement at change.org #JusticeForRocky

“No more Sweden for me, ever,” wrote Tyler, while Nicki chimed in about her own experiences being mistreated by police abroad.

“I performed in Jamaica before & when i got off the stage I was surrounded by police with guns drawn,” she tweeted. “They were ready 2 take me to jail b/c they said I forgot to bleep a couple curses… I could make one mistake & go to jail in a diff country where women have no rights. #FreeAsap.”

“Free @asvpxrocky!!! We targeted all over the world shit crazy,” 2 Chainz added.

no more sweden for me, ever

As of now, Rocky remains in custody, with TMZ reporting that he’s “sleeping on a yoga mat with no blankets,” being harassed by other prisoners who have been “[hurling] feces every which way” eating only “an apple a day.”

Swedish governor Fredrik Wallin has denied all the allegations, telling Radio 1newsbeat that the prison is in “good condition.”

But the petition claims “the conditions of the facility are horrific.”

“On Monday, July 8th, we filed an appeal with the Swedish Supreme Court to have Rocky released from the inhumane conditions and the clear violation of human rights,” it reads. “They rejected the filing, which means Rocky will remain in prison for two weeks. […] Some of the inhumane conditions Rocky and his colleagues are facing at the Stockholm Detention Center include 24/7 solitary confinement, restriction of amenities for the most basic of human functions, access to palatable and life sustaining food as well as unsanitary conditions.”

The petition also accuses officials of denying Rocky’s right to counsel, a “violation of Article 36 of the Vienna Convention on Consular Relations, to which Sweden is a signatory.”

The petition has already received over half a million signatures. You can sign it yourself, here.