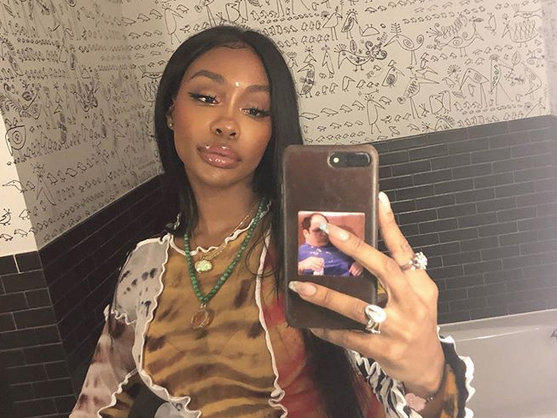 I don’t know about all of you, but over here at Oyster we’ve been (not so) patiently waiting for new SZA music ever since the singer dropped Ctrl in 2017. And now it seems, our time is finally here. Take that, Mercury Retrograde!

Recently, SZA told the crowd at one of her shows that in addition to her sophomore album, she’s also be dropping another project of new and unreleased tracks and live performances, “just so [she] can get it out of the way.” As for when it’s coming, we don’t know for sure, but the singer took to Twitter to respond to fans who ask her about tracks called “Kiss Me” and “Brace Yourself” basically every day.

“Might sing it tnt,” she wrote. “I gotta re cut a tiny part then imma jus drop it.”

Might sing it tnt . I gotta re cut a tiny part then imma jus drop it https://t.co/RgQx5E8Rp3

See, kids? Stars — they’re just like us! They respond to tweets and get annoyed by rude Sephora employees. The only difference is, she has a lot more tweets to reply to, and when an employee is rude, Sephora shuts down every single one of their stores.