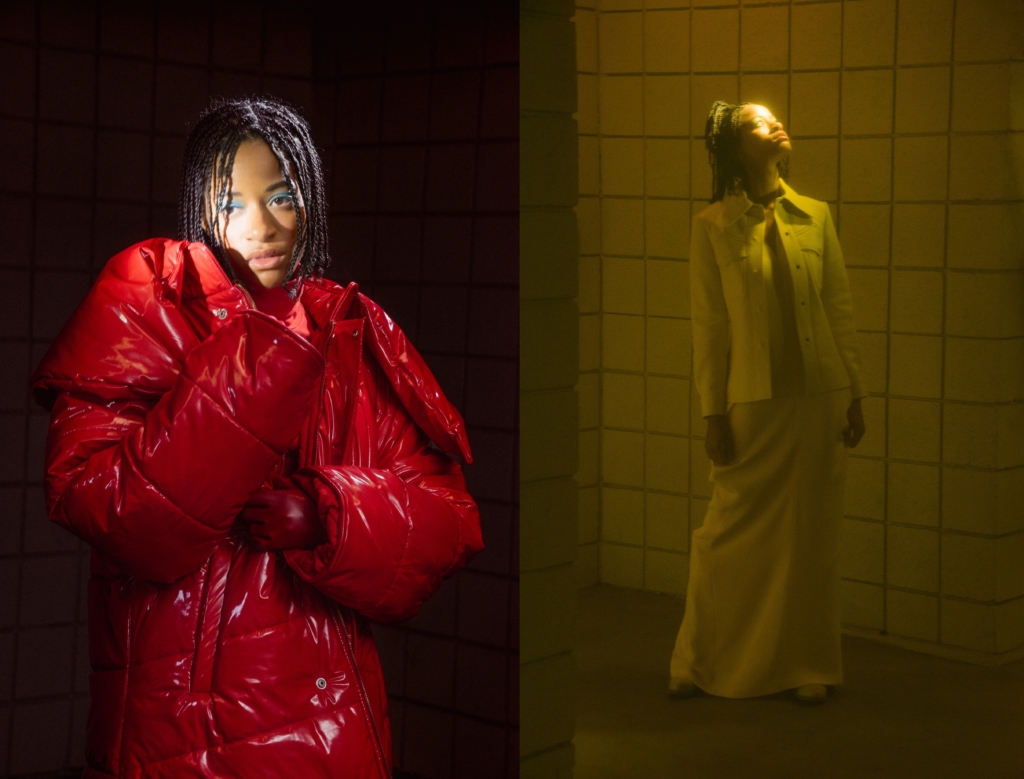 Kilo Kish is on her way. In September, the singer released mothe, a six song EP that traces her relationship with nature and technology, and the way she’s transformed over the course of her career. Gone are the lo-fi talk-raps of her first mixtape Homeschool, and the confessional-style lyrics of her debut record, Reflections in Real Time, replaced instead by atmospheric R&B singles and metaphor-laden observations about navigating the modern world. On “Like Honey” she sums up the burden of millennial over-consumption, while also giving us a look into what she wants for herself and her work: “More and more,” she sings, “Just want more.” And Kilo Kish is almost there.

In the last few years, Kish has collaborated with everyone from Gorillaz, Childish Gambino and Vince Staples, to fashion brand Maison Kitsune, and on a line of suits with DJ-turned-designer Allie Teilz. Now, following the release of mothe, the singer is on tour with indie trio Wet and back in the studio working on her new LP. It’s a lot for anyone, but not Kish, who has a deep understanding of herself and where she wants to go. When I ask her what’s next for her, she tells me, “Making more things. Learning more things.” For Kilo Kish, it’s always more and more. 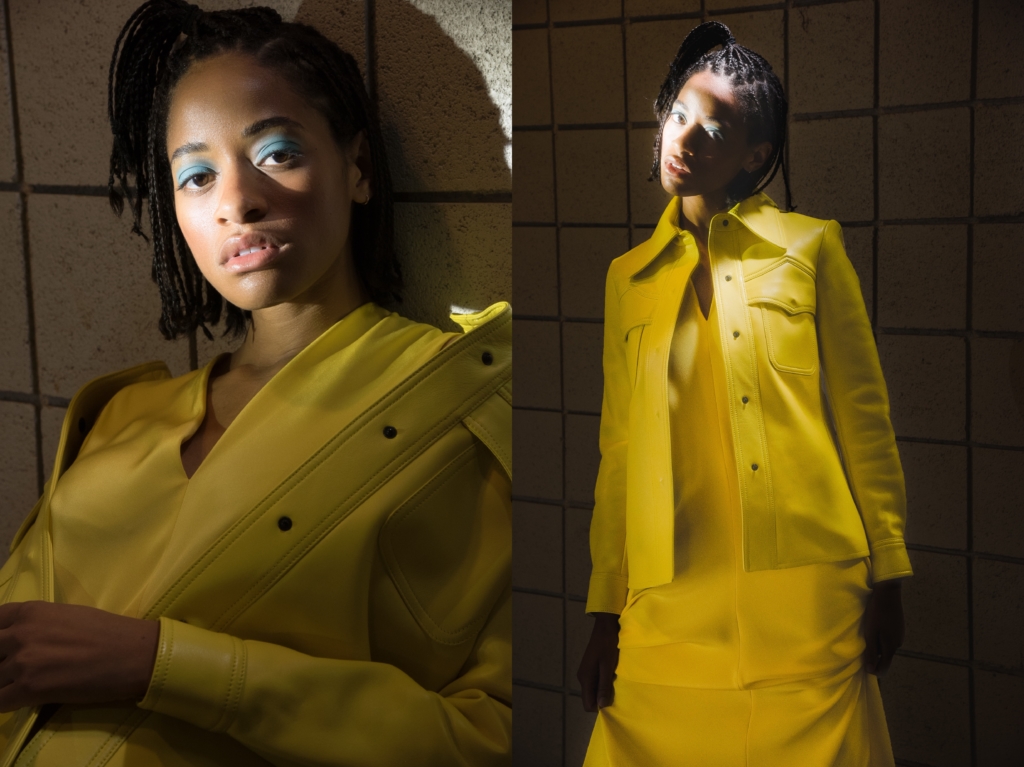 You released mothe in September. How did that EP come about?

It was time to make new music and I needed to start some demos and then I found some commonality between some of the themes. I knew I wanted to make something that wasn’t as focused internally as it was focused on bigger concepts, like the way we all interact with each other and with nature and technology. So, the songs were centred around those themes and also around spirituality of nature and beyond.

What do you see as the similarities between nature and technology at this point?

I think they’re both things that are unstoppable at this point — we can’t totally control nature and we can’t control technology because it’s becoming its own natural force. I think they both seep into all parts of life and affect all parts of life. They’re essentially exact opposites, but they have this kinship in the way that they move and transmute.

What’s your person relationship like with technology, and particularly social media?

It ebbs and flows. I use technology for tons of my art and, I mean, we all are linked with technology daily, even if we don’t think we are. I personally like to spend lots of time with it and lots without.

How do you think social media has been helpful to your career? Harmful?

Social media is just a tool and another space and form for your work to exist, which is extremely important. It’s like a market place where everyone hangs their wares. I think the only negative side is it’s complete lack of context when it comes to being an actual person with changing sensibilities.

You’ve talked about the EP as ‘transformative.’ How have you transformed?

I have transformed completely as an artist in terms of approach since I began. I approach music so differently than I did when I first started. I work conceptually now as opposed to randomly [like I did] when I first began. But I think with mothe specifically, it is an end of an era of my music and the formation of a new one.

Is transformation an important part of any artistic career? Of self-growth in general?

It’s inevitable. Everyone is constantly and consistently changing even in the most minute ways, which is why I wanted to play so much with nature on this project — because things are always eroding and birthing. Schools of thought are constantly morphing. New paths always need to be created and chiseled out. Plus, who wants to make the same things over and over?

You said you approach music so differently than when you first started. How do you think you’ve grown as an artist since your first EP, Homeschool?

Leaps and bounds. I didn’t even sing when I started Kilo Kish. The approach was completely different in the beginning. I think now I have more confidence in my method. I have always been a foil to the times. I’ve always wanted to be innovative as opposed to popular, but I think the more you learn the easier it is to do both, though it requires different skills. I have grown to understand detail and nuance when it comes to making things feel yours.

What about your style? Your visuals have changed a lot with each record.

I like to change myself between records and projects obviously in an effort to fully live within the projects and be as complementary to the projects as possible. My personal style is pretty plain outside of when I’m making creatively. Personally, if I wasn’t making things I would probably just wear a uniform every day.

On your last album, you reference Sade on the cover. Who are some of your other style obsessions?

During RRT [Reflections in Real Time] style-wise I was referencing an everyday working woman — I was referencing the coldness of corporate spaces and the vulnerability and quietness of thought in large metal spaces, and a hard world. The cover is meant to be quite grey and boring besides my expression. I’m not necessarily obsessed with anyone’s style but I do think that some people do a really amazing job of transforming to fit the project concept: Bjork, Bowie, David Byrne. 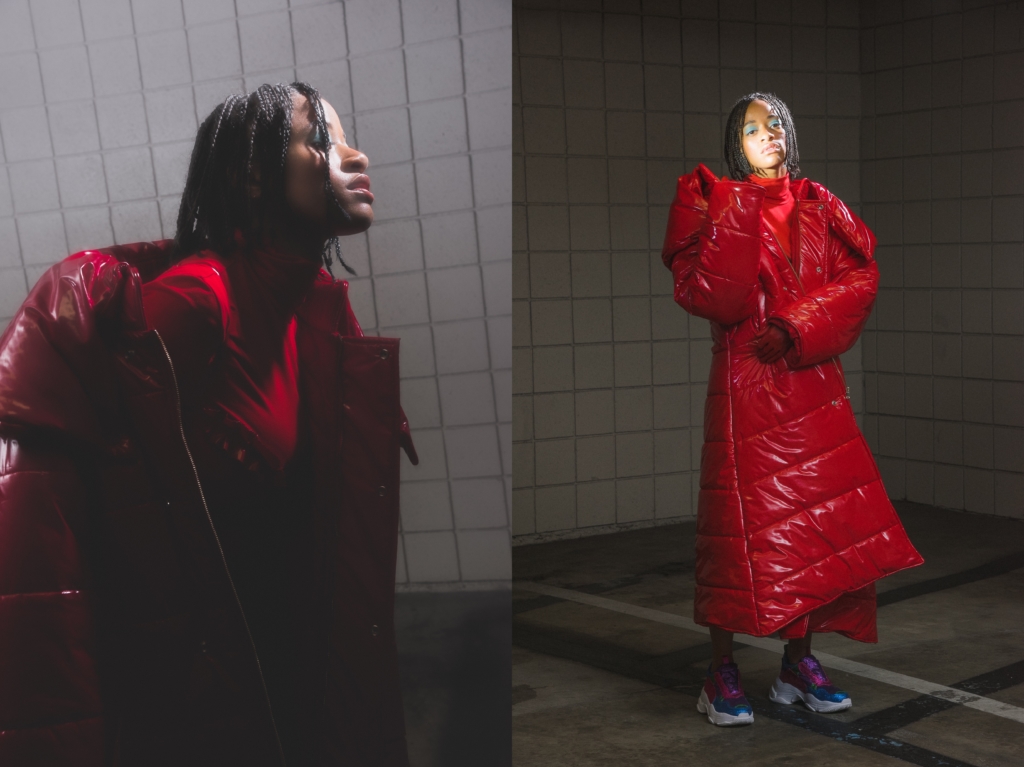 For me personally, seeing female musicians when I was a kid gave me the realisation of like, ‘Oh wow, I can actually do that, too.’ Did you feel like you had that same experience? Were there any specific female artists or artists of colour whose role in music really pushed you to consider it as a career for yourself?

Not really. I guess I have always kind of felt like an individual whether it be from my upbringing or my own relationship I have with the way I see the world. It has always been kind of unique, so I learned over the years to follow my own path. I rarely look to others as an example of what I should do or who I can become. Of course, you can find inspiration in nearly anything — I am stimulated by so many different things.

What albums have you been listening to lately?

None because I’m working on new music, and when I work on an album I try to have as little outside input as possible. I really just want to go to a secluded space with my producer and try to come up with something different than I’ve done before or that I’ve seen before. But I am currently on tour with Wet and Hana Vu, so I hear a lot of them, obviously.

The theme for our most recent issue is obsession. Do you think obsession can be healthy? Or is it always bad?

Obsession is just another word for extreme focus, so yes, I think it really just depends on whether what you’re focused on is healthy or harmful.

What can’t you live without?

God. Spirituality. A sense of purpose and meaning for the things I do and make. A proper point, I guess, outside of myself.

You’ve done so many musical collaborations over the last few years and teamed up with different brands. Is there anything in your career you’ve done — or haven’t done — that you regret?

I do think things happens when you’re ready for them. Most things don’t, which is why opportunity is such an elusive door. There are things I could have done sooner or better, but you always adjust, and as you learn more, you do more. I don’t regret making anything I’ve made.