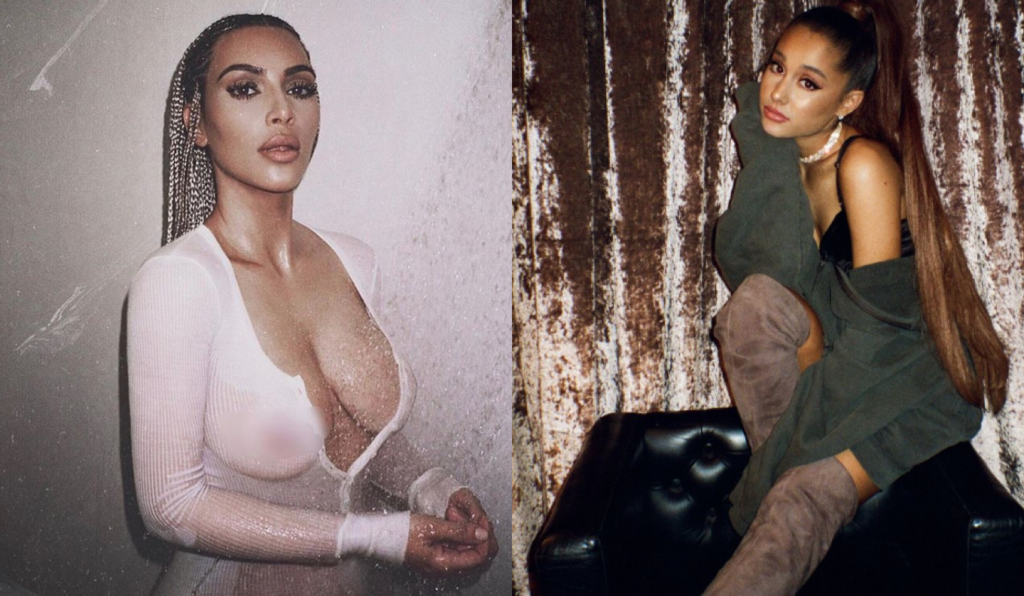 After the photographer, Marcus Hyde, posted a shoot call out on his insta stories, what followed were feral convos and a series of implicating screenshots. “Who wants to shoot?” he asks, and the shady Instagram casting begins. He then asks model Sunnaya Nash to send nude images, “Gotta see if you’re worth it,” he says. When the Nash refuse to send nudes, he decides he’ll only do the shoot for $2,000 or they can “find someone else” and he’ll “keep shooting celebs.”

Gross @marcushyde . @kimkardashian @arianagrande , come get your boy and teach him some decency. Last night, Los Angeles model and interior design student @sunnnaya replied to the celebrity photographer’s Instagram story seeking models for a shoot. What transpired in their DM was nothing short of the typical predatory douchebaggery you’d expect via shady Instagram “castings” by slimy dudes. With her followers backing her up and sharing her post, Hyde had a simple reply: “suck a fat big dick”. That’s sure to get you points with the ladies, Marcus. • #marcushyde #kimkardashian #kendalljenner #khloekardashian #arianagrande #photographer #celebrity #casting #model #shady #gross #kuwtk #wiwt #ootd #film #digital #camera #celeb #behindthescenes #dietprada

So far, the narrative is slimy at best — not super surprising for someone with a feed of his… calibre… and for someone as partial to deceiving captions of BTS shots of celebs in luxury brands claiming the photo was *for* said luxury brand. “This is not only gross but it’s bordering on extortion,” Michelle Visage commented.

Take into consideration model Charlie Qu’s open letter from 2018, wherein her alleged assault by Kesler Tran and alleged rape by Marcus Hyde are detailed, and things become much more serious than slimy.

As many of you already know, I am starting a website called NoMoreCreeps.com- it is a model safety database informing and protecting models from predatory photographers. Models will be able to make incident reports naming their perpetrators and also screen photographers before agreeing to shoot. I am working with a database programmer to start the database! It really important to me because while I have decided to quit modeling because of my PTSD from these events, I want other models to be able to pursue their dreams in peace. Please help our models stay safe! Thank you for all of your love and support I couldn’t have found the courage to do this without you 💕 #marcushyde #keslertran #nomorecreeps #model #models #photography #photographer #fashion

Soon after Nash posted her screenshots, her inbox blew up with similar reportage of predatory behaviour, assault and even rape. Diet Prada publicly re-shared these stories, along with Shit Model Managements “black list” (which was taken down post-death threats), which shows that Marcus Hyde has had over three reports of sexual misconduct against him. 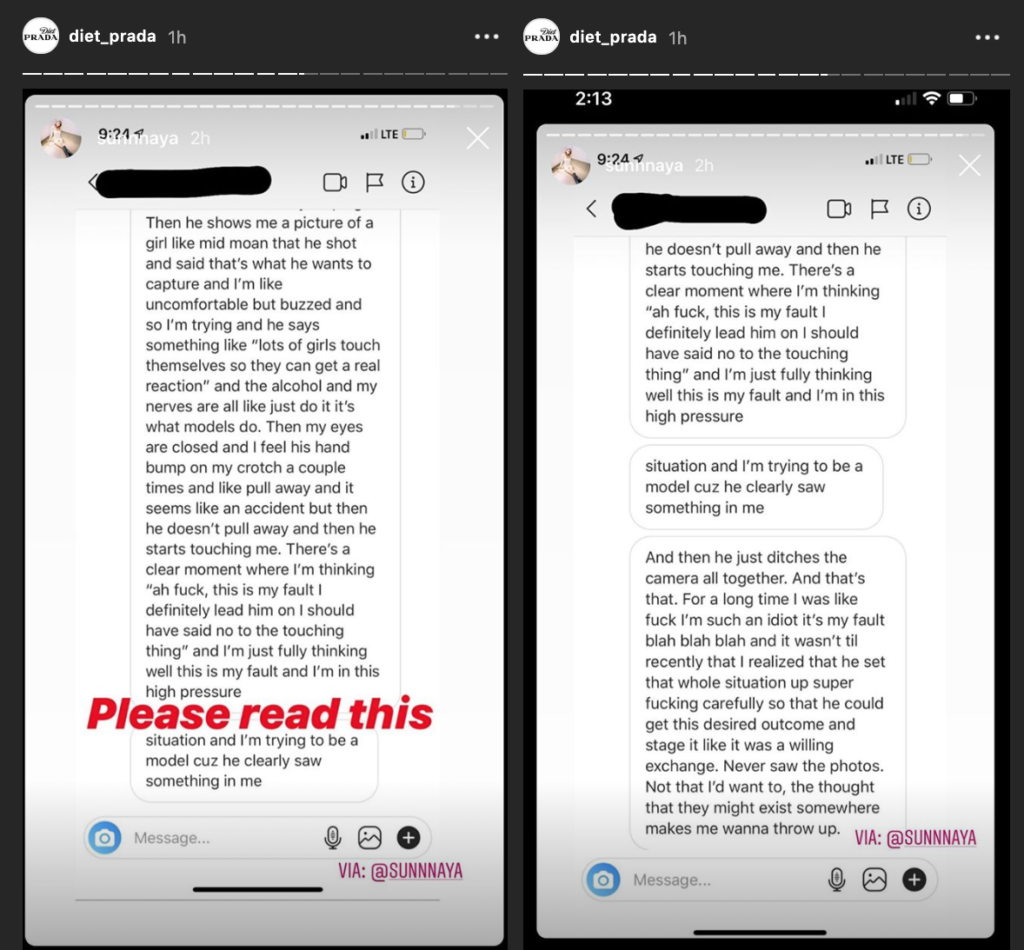 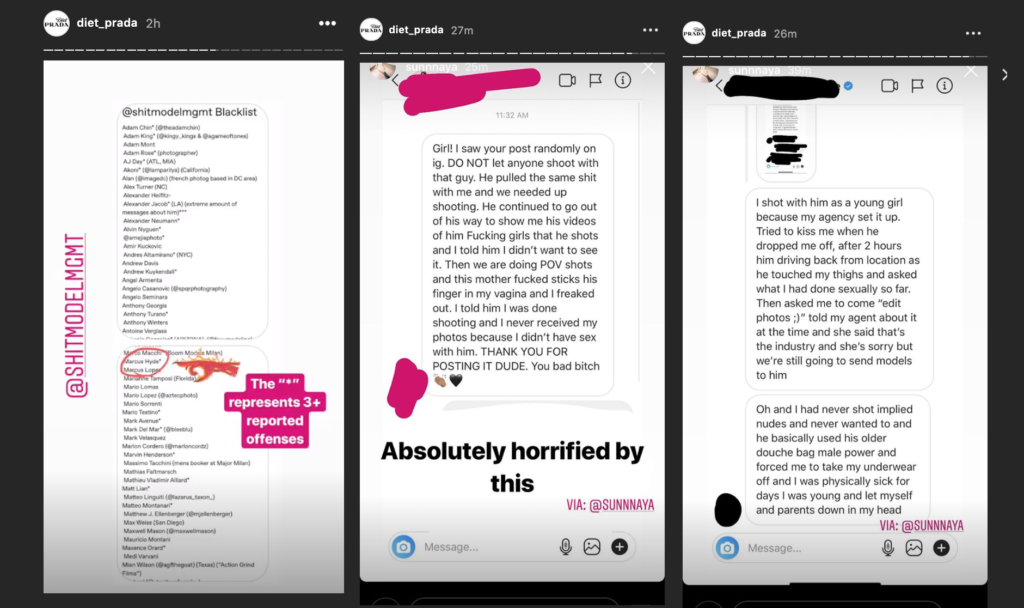 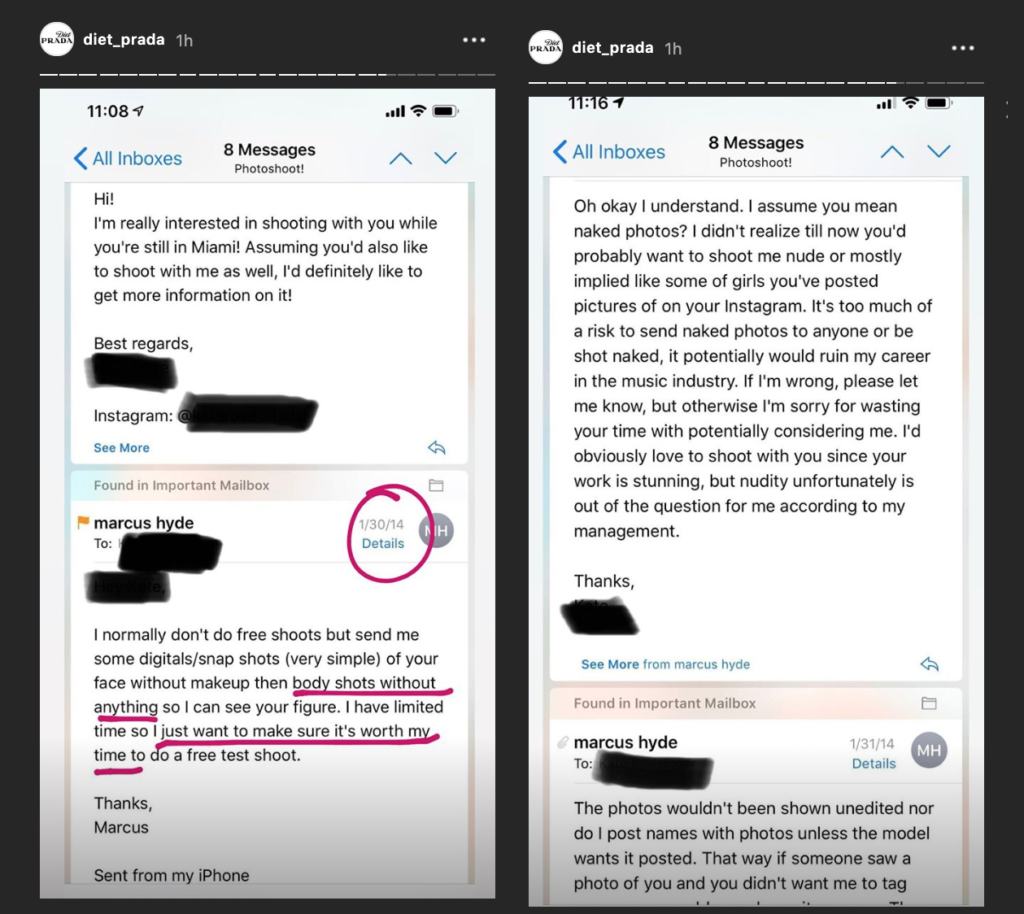 LA photographer and peer Walter W. Brady has encouraged Hyde to deal with the situation properly, in a number of instagram stories, Hyde has yet to make a statement. Though he has begun scrubbing his instagram account, limiting comments, switching to private, deleting so far over 100 images and unfollowing all but 8 accounts. 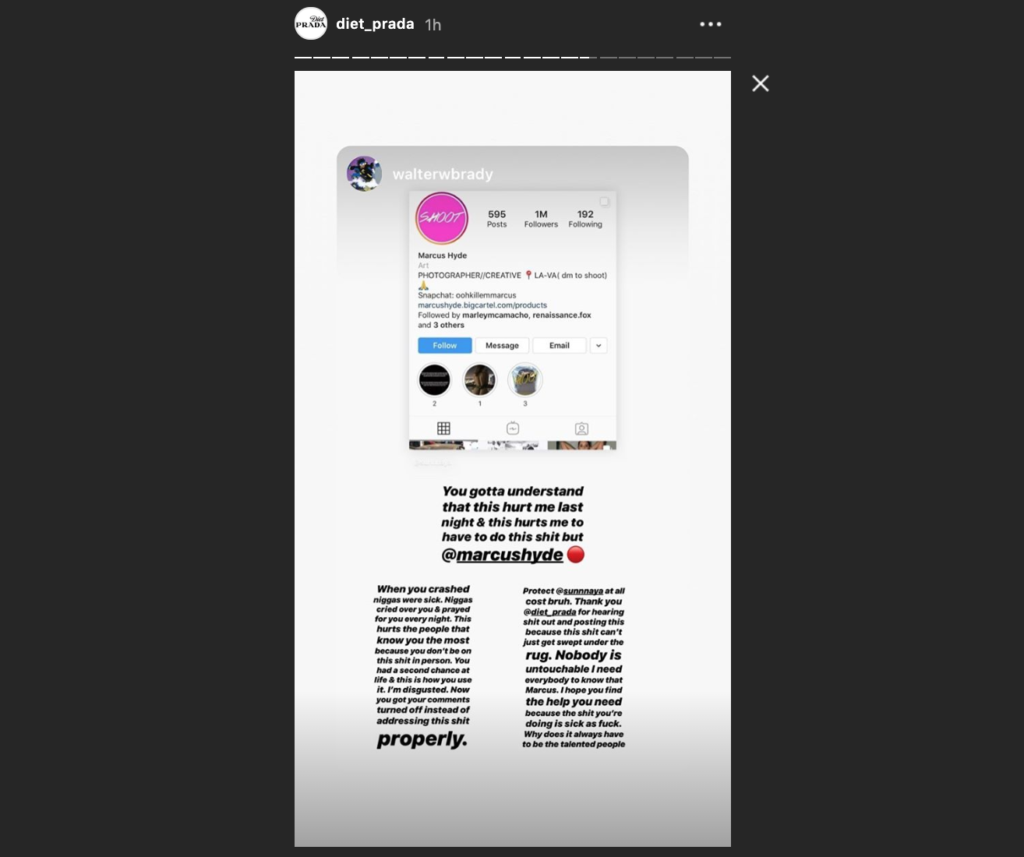 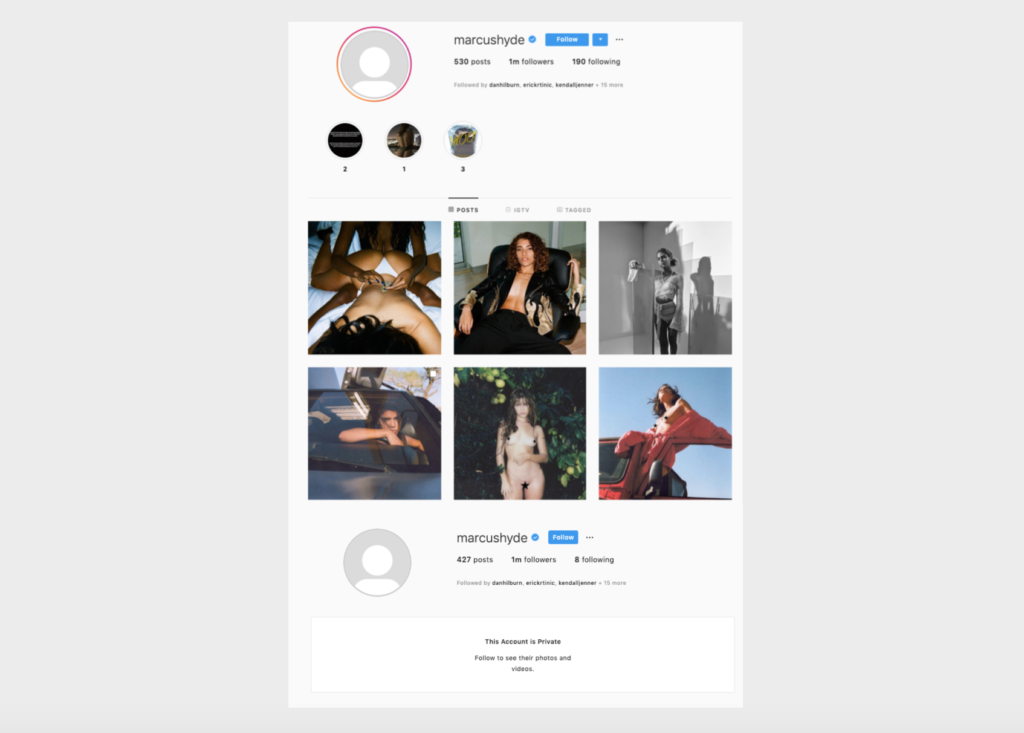