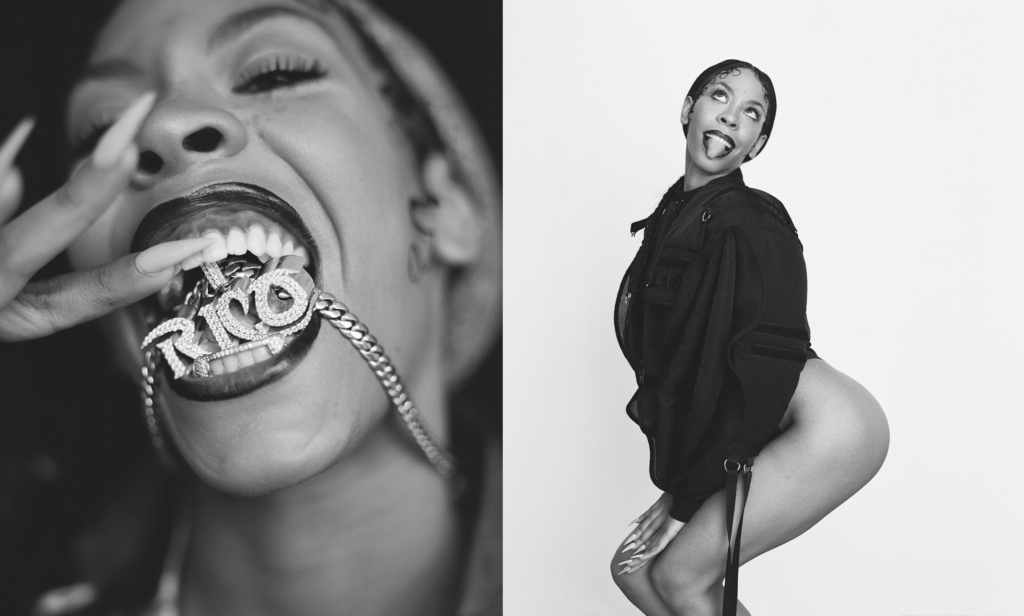 When we spoke to Rico Nasty for Oyster #116, she was hard at work on her new album, and busy being a mom. Since then, not much has changed, other than the fact that she already released Anger Management, but with a drive like hers, it’s no surprise, she’s already back dropping fresh beats.

Earlier this week, the rapper shared her newest single, “Time Flies,” a melodic ballad that feels more in line with the sensitive vibe of her Tacobella persona, rather than the “cocky, ‘Get out of my face’ type of woman” Rico is, or the “brash, unapologetic” Trap Lavigne. In the track, Rico sings: “I don’t wanna be on the ground when the time flies, had so many friends goin’ ‘wonder when it’s my time,’ I live everyday like I’ll die by the night time, it took me so long getting back to my right mind,” a sentiment she expressed in our interview.

As for whether she regrets anything she’s done her career thus far, Rico explained: “I don’t like to say ‘regrets’ because I feel like if I take one thing out of my life, there’s a domino effect of shit that doesn’t happen for me in the future. If all the shit I’ve been through didn’t happen to me, would I be so fearless? Probably not. I’d just be a regular fucking girl.”

And that she’s definitely not.

Listen to “Time Flies” below and revisit our interview with Rico Nasty here. Oh, and if you haven’t picked up your copy of Oyster #116… you’re welcome.