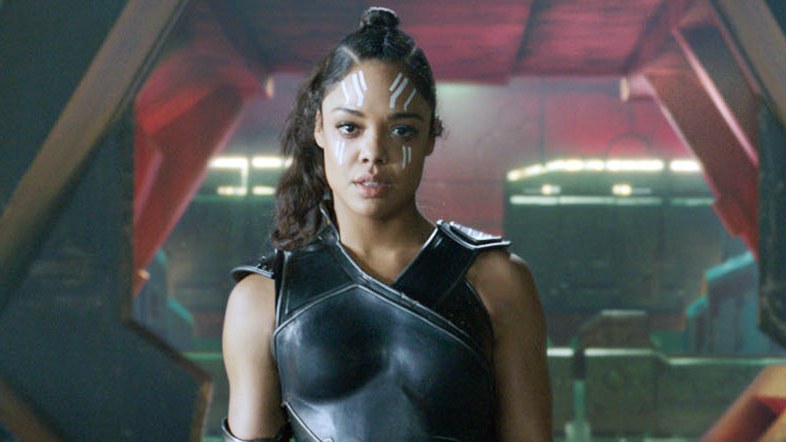 Over the weekend at San Diego Comic Con, Marvel announced their plans for the future — Phase Four of the Marvel Cinematic Universe. Their best and most brilliant announcement was that of Tessa Thompson’s Valkyrie, their first LGBTQ hero.

Valkyrie comes in for Thor: Love and Thunder, as the new king of Asgard (post Thor skipping off with the Guardians of the Galaxy in Avengers: Endgame). Natalie Portman is also in this one, where her character Jane is a female Thor. But when Thompson was onstage with Taika Waikiki and Chris Hemsworth, she revealed some initial plot details for her character: “First of all, as king, she needs to find her queen. That will be her first order of business.”

Kevin Feige confirmed, too, that Valkyrie has an LGBTQ story line. “The answer is yes,” Feige said. “How that impacts the story remains to be seen with that level of representation you’ll see across our films, not in just Thor 4.”

Thor: Love and Thunder is set to be out in November 2021.