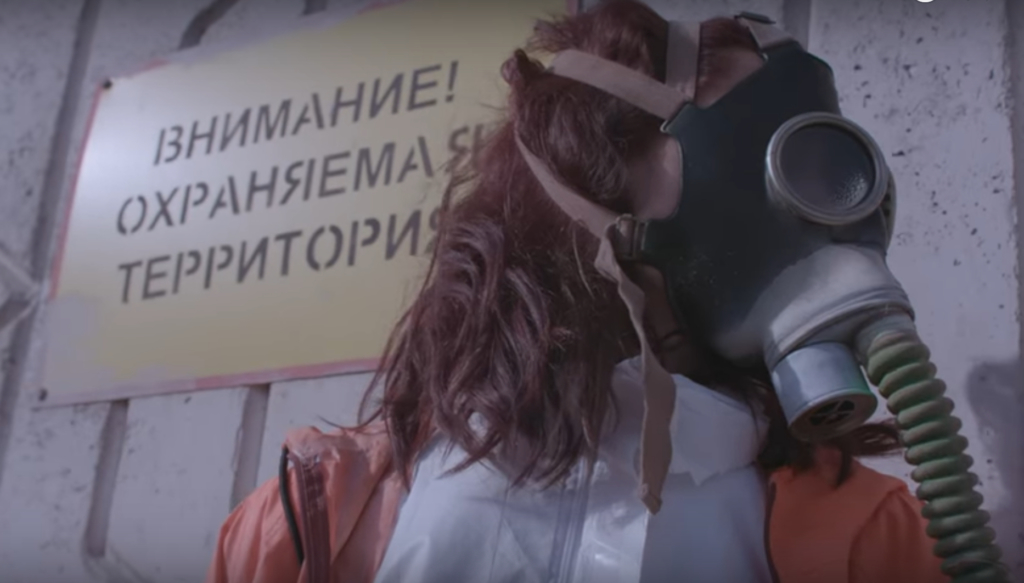 Pussy Riot is back… with a vengeance. The band has released a new song and video, ‘BLACK SNOW’, which takes on pollution and the “apocalyptic” state of their country, Russia. Oh, and Putin, too.

In the video, the band, along with artist MARA 37 look badass in hazmat suits while walking around a power plant, singing radical lyrics like: “Black snow over Russia makes us cough with blood / Red water flows in Russian rivers.”

Along with the video, Pussy Riot has also posted an open letter to Putin and his “cronies” on their website. Along with the message, which is written in Russian, band member Nadia Tolokonnikova shared photos of her hometown, Norilsk, writing: “When you leave home in Norilsk, you stick to a scarf, not only because of a blizzard, but also because sulfur dioxide burns your eyes, nose, mouth and lungs.”