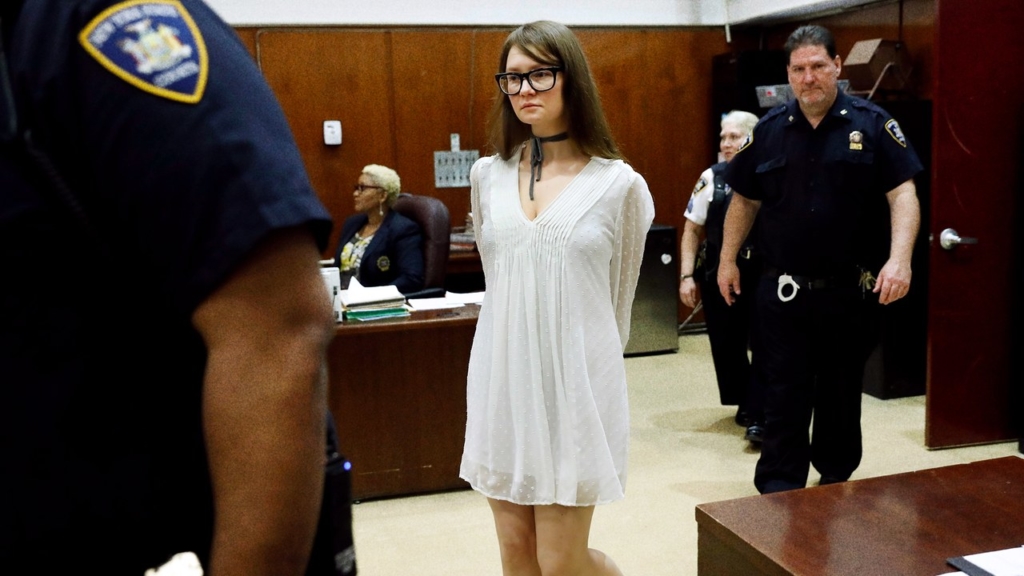 Anna Delvey, the Georgina Sparks of our generation, the one who scammed New York’s elite, the one who wore a black choker to court, may have just had the scammy table turned on her. See, New York State is apparently holding her huge Netflix pay under the jurisdiction of the ‘Son of Sam’ law, which aims to prevent criminals from profiting from their stories. LOL.

The back story: Shonda Rhimes is adapting the story of Anna Delvey — the one where she posed as a German heiress and ripped off banks, hotels and humans — into the Netflix series of our dreams.

The law that may say that she cannot have this fat, fat stack, was passed in 1977 to prevent serial killer David Berkowitz from selling his story to a publisher. It was cited in the case of John Lennon’s killer, and affected Tonya Harding’s earnings for consulting on I, Tonya, but it doesn’t firmly stop crims from earning bucks off their wrongs — the New York State Crime Victims Board get to make the decisions about whether any profits earned should be given to the victims.

So, while Anna Delvey owes a whopping total of $198,956.19 to companies and banks, some of which are suing her already, it’s up to the New York Attorney General to decide if she gets to keep the Netflix cash. If not, she might just get a cut of Lena Dunham’s HBO pocket — the network is working with Dunham to adapt the Vanity Fair essay by Rachel Williams, which details a trip taken with Anna to Morocco during which she was swindled out of $62,000.