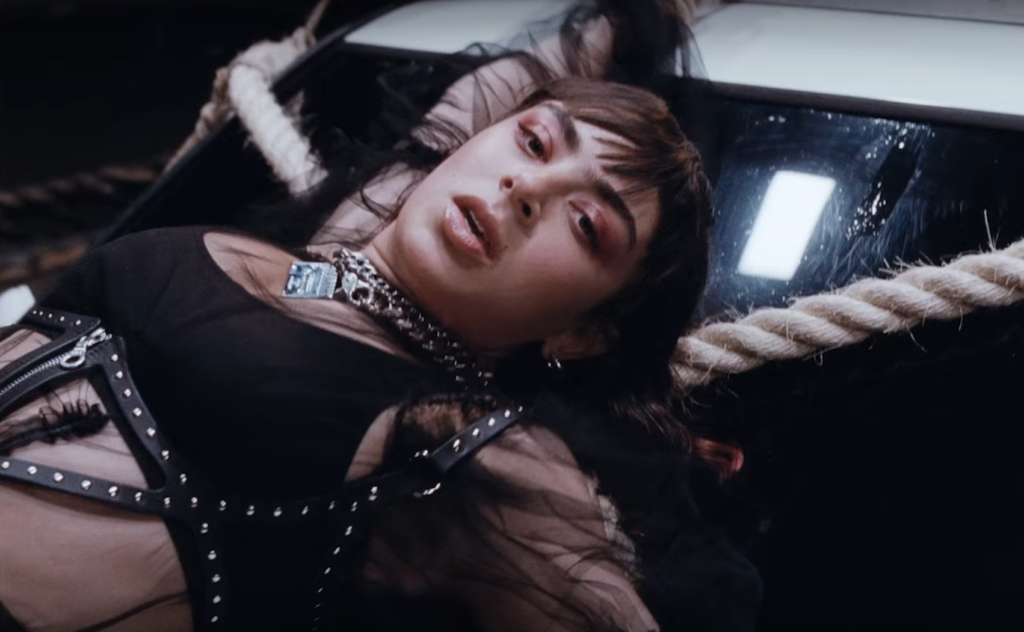 Our Oyster 116 obsession Charli XCX is getting us way too excited for her new album, Charli, due out September 13. The singer, whose been teasing the album over the last few months, just released a new single, “Gone,” featuring Christine and The Queens. And while the song itself is amazing, just brace yourself for the music video.

Directed by Colin Solal Cardo, the vid sees Charli tied up in some Shibari-inspired bondage, looking like a total fox. Christine is also tied up, before the two break from their bondage and dance in the pouring rain.

As for the song, Charli said she’s “beyond proud of it,” adding that “it feels so true to me and to how I feel.”

“People seem to think I’m this consistently confident person,” she continued on Instagram, “but I’m shy and terrified quite a lot actually. This song really discusses those feelings of fear and anxiety and the frustrations that come in the aftermath of those emotions.”

GONE IS OUT NOW! LINK IN BIO!!!! I am beyond proud of this song. It feels so true to me and to how I feel. People seem to think I’m this consistently confident person - but I’m shy and terrified quite a lot actually. This song really discusses those feelings of fear and anxiety and the frustrations that come in the aftermath of those emotions. I am beyond happy to have collaborated with @christineandthequeens on this song - it’s truly a dream come true! Chris, thank you for creating a safe space for me to feel immediately like I belong. Thank you for being so kind and such a brilliant and enthusiastic collaborator. You’re so inspiring to me and you make me feel confident and happy. I’m happy to have been able to talk and get to know you through this song. You’re one of my favourite artists and this collaboration is a dream come true!!! Ahhhh!!!! I’m so happy this is finally out!!!! Thank you to @nooniebao @lotusiv @agcook404 @nomakmusic and @geoffswan too!!!! 💗

Charli also touched about her feelings about confidence, and her drive for authenticity in her interview with Kim Petras for Oyster 116.

“I felt like I had to be cool and I didn’t really know who I was or what I thought was cool,” she said of her younger days trying to navigate the space between being a fan and a performer. “[…] Then as I got older, I realised that being cool — or what I thought being cool was, which was just being like nonchalant and quiet — is just so not who I am.”

“I really try to live authentically,” she continued. “We’re all going to die soon, anyway. So, I try not to stress too much about what clothes are going to look good on Instagram, or how people are going to react to my captions. I’d rather just go out and actually live.”

Watch the “Gone” video below, and revisit our interview with Charli here. Oh, and don’t forget to order Oyster #116.