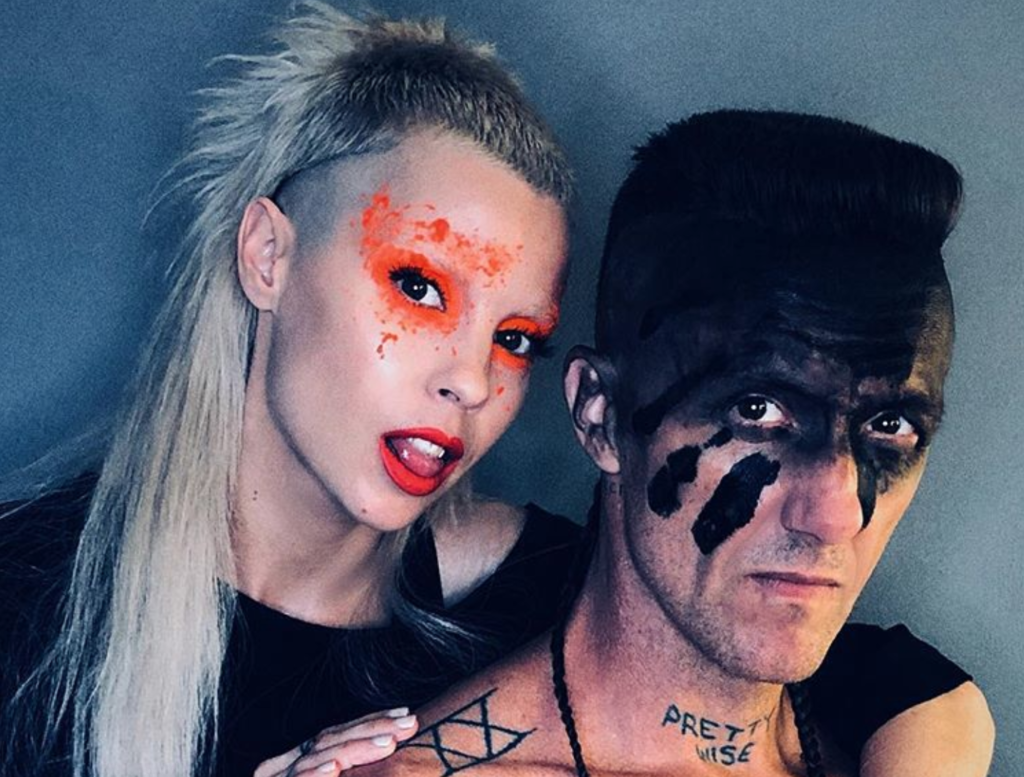 In a disgraceful act of hate crime, the South African rap-rave duo Die Antwoord have been dropped from US festivals as a 2012 video from Adelaide’s very own Future Music Festival reveals a homophobic attack. Uploaded by Die Antwoord’s former videographer: Ben Crossman, the footage reportedly depicts the duo’s Ninja (AKA Watkin Tudor Jones) and Yolandi Visser chasing down Hercules & Love Affair’s Andy Butler, threatening the singer, spitting on him and shouting homophobic slurs. “Run f*ggot, run. Run for your life bitch” Yolandi yells at an escaping Andy Butler. The Die Antwoord duo are then seen alerting festival security, accusing the H&LA frontman of sexual harassment towards Yolandi – claiming he groped her in a backstage toilet. Ninja then praises his crying partner on her “Oscar-winning” performance, according to NME.

In response to the shameful and now-deleted video, Ninja took to Facebook accusing Ben Crossman of “cleverly” editing the clip “to make it seem like (Ninja) and Yolandi committed a hate crime…” he wrote. “Ben beat up the guy from Hercules himself while filming this same video clip.” ­– insert gigantic eye-roll.

Ninja went on to absurdly add, “This fight had nothing to with the fact that this guy was gay. We dont care about people’s sexual preference. Our DJ and best friend DJ HITEK is gay, and alot of people in our crew are gay.” R-i-g-h-t.

Crossman has since delivered a statement to edm.com, stating: “The footage has not been doctored. Edwin from Edwins Generation on YouTube and Griffin the founder of [South African blog] Wat Kyk Jy both have the unedited clips and they can vouch that it is not doctored.” He also apologises to Butler, admitting he isn’t proud of the incident, claiming he was “utilised as a flying monkey by Ninja and Yolandi.”

Since the video’s surfacing, Die Antwoord have been cancelled from Kentucky’s Louder Than Life festival due to “unforeseen circumstances”. And allegedly removed from the line-up at Las Vegas’ Life Is Beautiful Music & Art Festival — although it’s not officially confirmed.