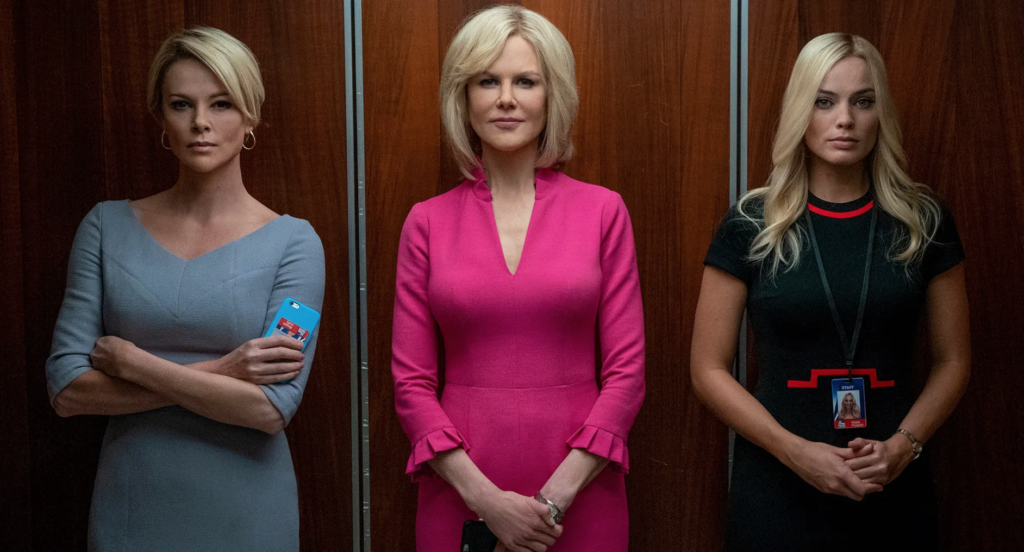 The first teaser for Bombshell has been released and it’s our first good look at Charlize Theron as Megyn Kelly and Nicole Kidman as Gretchen Carlson — two of the many women who spoke up to bring down Fox New boss Roger Ailes for sexual harassment. Margot Robbie also plays a critical blonde, though her role is a fictionalised one, as producer Kayla Pospisil.

The tension as all three women bite the insides of their mouths off while refusing to look at each other in a tiny elevator is enough to set up expectations for the full length film, wherein legend Jonh Lithgow plays one yet to be disgraced Roger Ailes. Ocsar fodder for real.