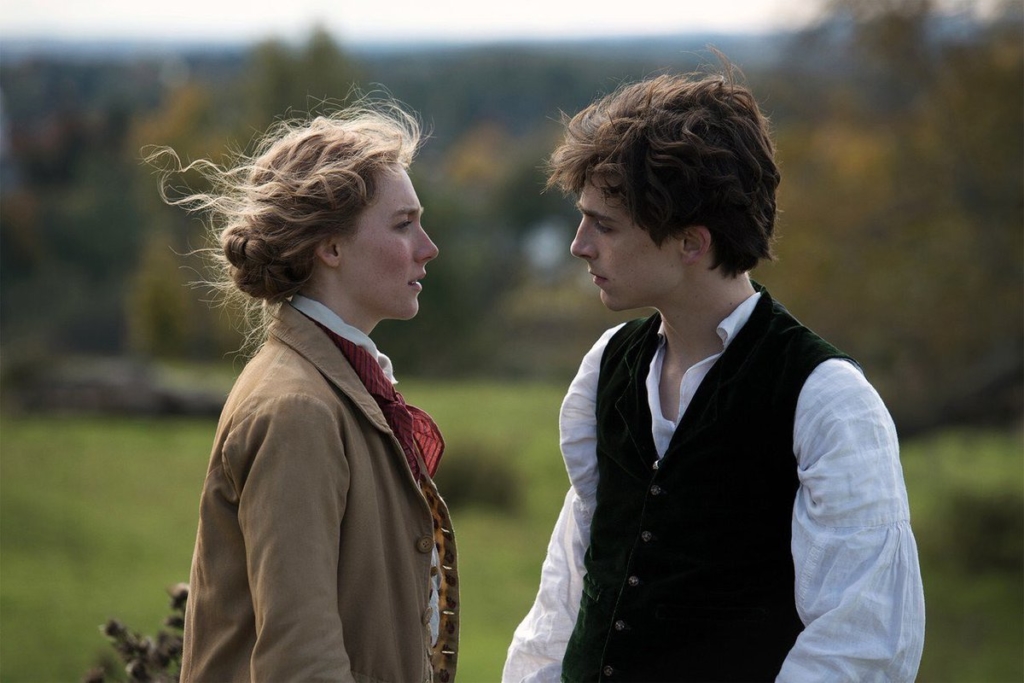 To rewind: earlier this week, we finally got a glimpse at the new Greta Gerwig-helmed Little Women with the film’s debut trailer. It’s an epic adaptation of the classic book with an even more epic cast including Saoirse Ronan, Emma Watson, Meryl Streep, Lauran Dern, Timothée Chalamet and the young actor’s hair, which gets its own starring role in a scene in which him and Saoirse fight in a green field. Spoiler alert: it’s puffy and billowy and romantic AF. And the internet can’t get enough of it.

Is it premature to start an Oscar campaign for Timothée Chalamet's hair in Little Women? pic.twitter.com/TJBteucUr6

I mean, forget that the film stars legends Meryl Steep and Laura Dern, Irish treasure Saoirse Ronan, or Hermione fuckin’ Granger. Even Chalamet, who plays Laurie in the film, is nothing compared to his scene-stealing locks, which have gotten dedication after dedication all over Twitter.

Someone even appears to have started an account for the ‘do.

So, you see, faith in humanity isn’t lost entirely. We still can all agree when something is truly great. And forget creepy Timothée Chalamet dolls — Timothée Chalamet’s hair is the new sheriff.