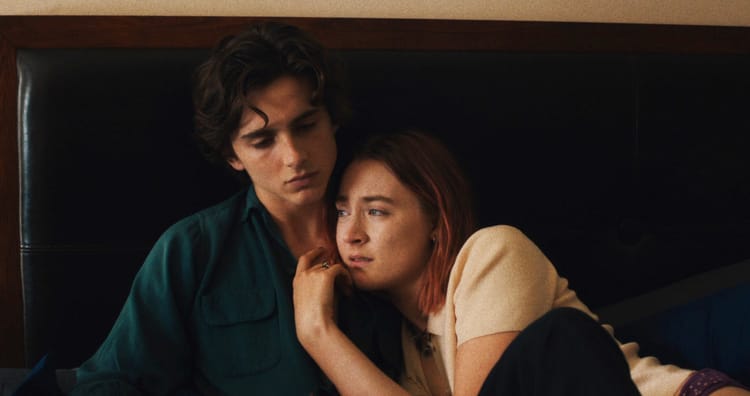 While someone was busy handcrafting a creepy Timothée Chalamet doll, and someone else was dropping their life savings (see: $122,795) on said dummy, the real Timothée Chalamet was busy making our adolescent dreams come true as Laurie in the new Little Women.

I don’t know about you, but growing up, I watched that movie ten trillion times, and fantasised about a young Christian Bale in his old-timey prairie suit (I also was a Jo, which was like, the Civil War-era equivalent of being a Carrie, but that’s another story). So, when I heard Timothée Chalamet would be taking over the role in Greta Gerwig’s 2019 adaptation of the Louisa May Alcott book, I was stoked. But frankly, couldn’t picture it.

That is, until now, because the film’s first trailer has finally dropped and it’s…. well, pretty perfect. Starring Florence Pugh, Emma Watson, Saoirse Ronan and Eliza Scanlen as the March sisters, the film, much like the book and its 90s movie predecessor, follows the lives of the girls as they grow up in a post-Civil War town and wear super cute dresses and hats with beautiful braided hair and fight with each other (about Chalamet’s character, among other things), and their mom, Marmee. Btdubs, Laura Dern is playing Marmee in this version, which is reason enough to see the film, with Ronan as Jo, Watson as Meg, Pugh as Amy and Scanlen as Beth. And did we mention Meryl Streep is in it? Playing Aunt March, which means she’ll *hopefully* reenact her crazy Big Little Lies scream — I mean, it was so good that King Princess even remixed it. It also means her and Laura Dern will be on screen together again, reprising some of that iconic Renata/Mary-Louise tension.

As for Chalamet, he’s kind of the least exciting part of this film. But we’re stoked to see him nonetheless. At least now, I can get the image of him as a doll out of my head… and think of him as Christian Bale instead.

Watch the Little Women trailer below.