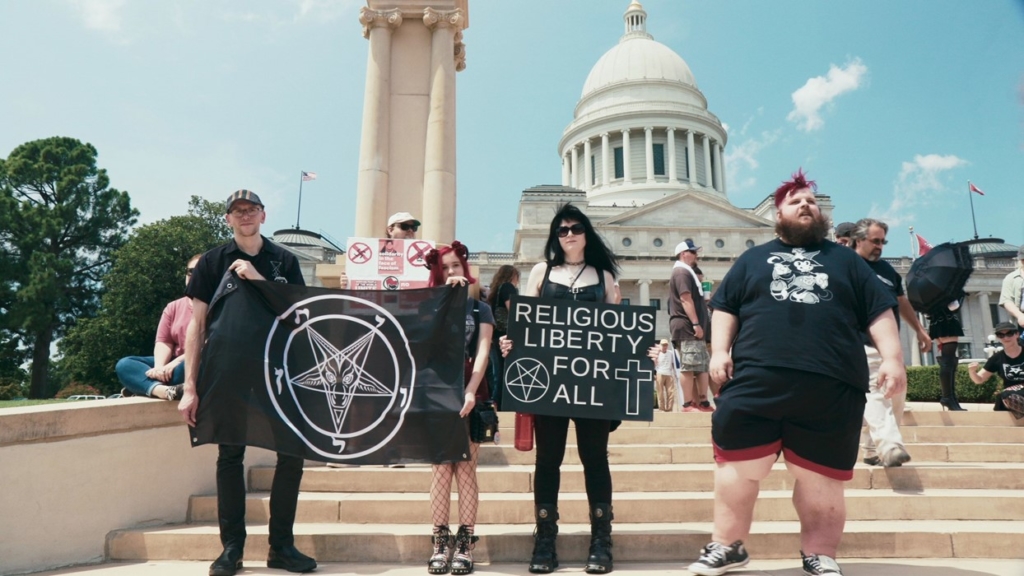 ‘Satanic Panic’ has shook the US since the 70s ­– ­­with (mostly) sensationalist conservatives freaking out about devil worshippers planning to establish an expansive underground network, rape and murder children and create real-world evil… Wow. However, it was never really true.

“As a film-maker you talk about your film with different people and everyone that I talked to about this was absolutely certain that they knew what satanism is and everyone I’ve talked to has been completely wrong,” Penny Lane told the Guardian.

Hail Satan? follows a progressive Satanic Temple as they rebel against Christian theocracy within the American government, and rally for separation of the church from the state. As the ST fight for equality, the film documents their endeavours to defend abortion rights, sue the state of Missouri (and Netflix), and erect a nine-foot bronze satanic monument – the Baphomet – next to the Ten Commandments on the grass of the Arkansas State Capitol (haaaaiil Satan!).

Hail Satan? is out August 23. Watch the trailer below.