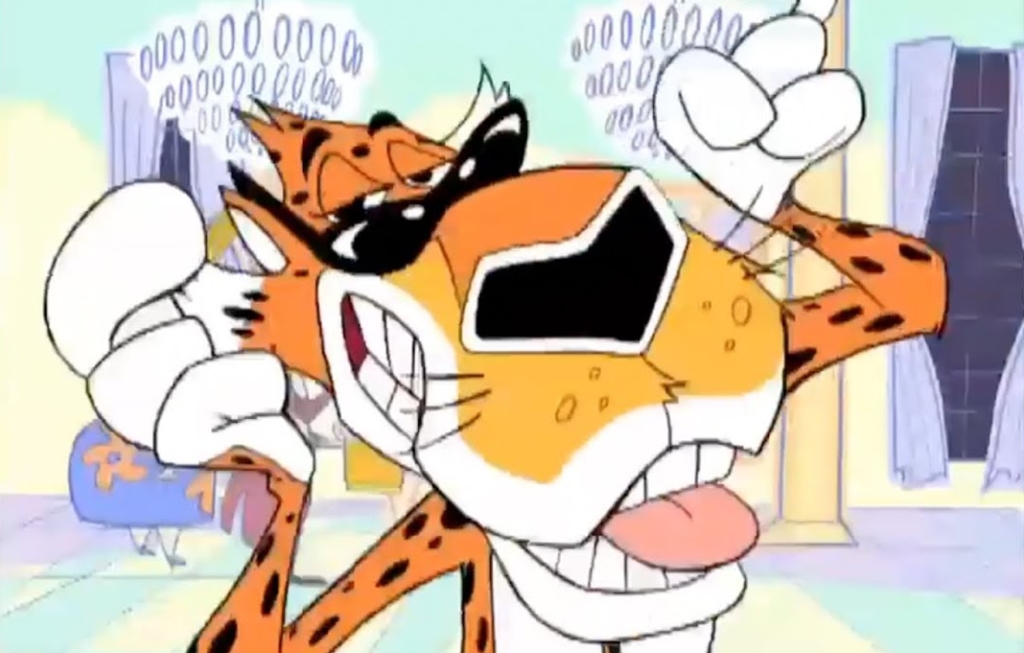 KFC Russia had bucket hats and now Cheetos has Flamin’ Haute Couture. Yes, the orange chips that leave dust all over your fingertips now has a fashion line, which they debuted at NYFW. I mean, every year, something outrageous happens to kick off Fashion Month, but that usually ends up being the VFILES show. This season, however, the company opened a Cheetos pop-up to kick off the season and staged a fashion show complete with Cheeto-branded everything, tiger spotted pumps and a whole lotta tulle.

If that weren’t enough, rapper Saweetie performed at the event, and there were Flamin’ Hot Cheetos literally everywhere. The event also had booths where makeup artists gave attendees Cheeto-inspired beauty looks and a crazy red and orange screen to take Cheeto-styled selfies.

Honestly, I can’t believe I’m typing any of this…. or maybe I can? With branding being the way that it is now, and people calling themselves brands, it makes sense that actual brands would take advantage and throw their name on everything, including high end clothes (side note: I’ve never said the word ‘brand’ that much in one sentence). Plus, with how popular Flamin’ Hot Cheetos are, it’s easy to imagine a bunch of fashion girls, Supreme stans and hype machines standing in line for hours to get their Cheeto-dusted paws on a bunch of ironic Cheetos merch. Watch out Prada, it looks like Cheetos will have this seasons most popular flame platform: the Flamin’ Haute Couture Heel.

But if you don’t believe me, and think I just made this up or am pranking you à la Nicki Minaj’s retirement, don’t worry. You can watch the whole Cheeto show, below. For real.