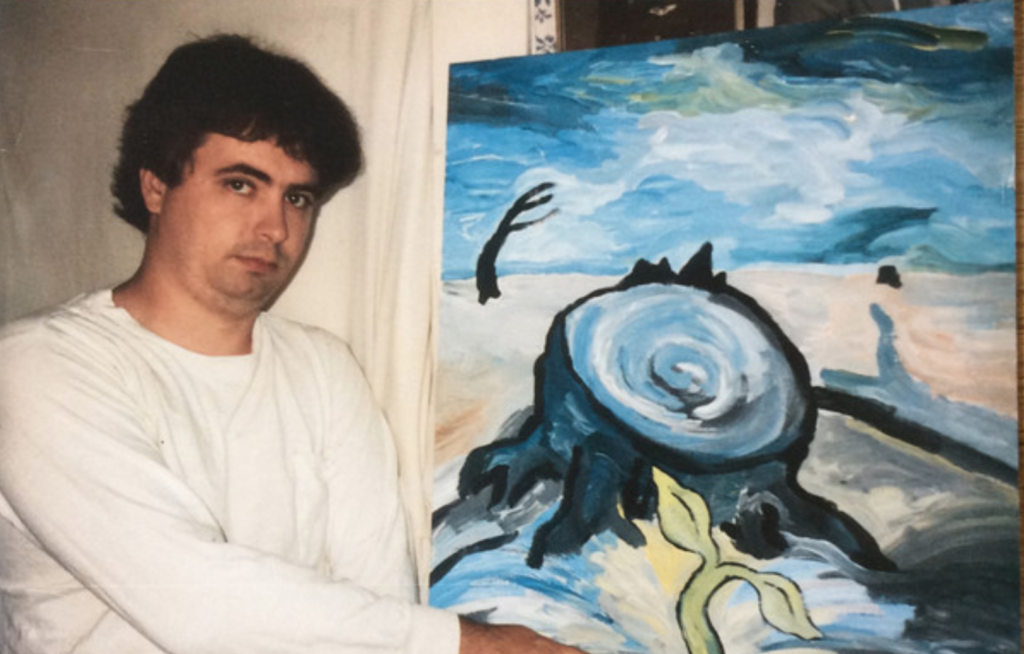 The most tender but troubled Daniel Johnston, who released much of his music by handing out home-made cassette recordings, has died at age 58. The Austin Chronicle reports that Daniel suffered a heart attack on Tuesday September 10. The news was confirmed by his former manager, Jeff Tartakov.

It’s sad news for anyone who found friendship in Daniel’s music, which came from a place of life-long contest with mental health. From the mid-80s, he had a small but dedicated fan base — his moment really happened when Kurt Cobain wore a shirt featuring the illustration of Daniel’s 1983 cassette Hi, How Are You.

He continued to gain audience when his music featured in Harmony Korine’s 1995 film Kids, and again when he released a double album of beautiful covers of his songs by artists including Tom Waits, Beck, Bright Eyes, Death Cab For Cutie, and other heart hitters. In 2010, his final release of original material came under the name Beam Me Up!

Daniel was the subject of two films: the 2005 documentary The Devil and Daniel Johnston by Jeff Feuerzieg, and the 2015 short biopic Hi, How Are You Daniel Johnston?, which was executive produced by Mac Miller and Lana Del Rey.

In a statement confirming his death, Johnston’s family wrote: “Daniel was a singer, songwriter, an artist, and a friend to all. Although he struggled with mental health issues for much of his adult life, Daniel triumphed over his illness through his prolific output of art and songs. He inspired countless fans, artists, and songwriters with his message that no matter how dark the day, ‘the sun shines down on me’ and ‘true love will find you in the end.'” They encourage fans to support the Hi, How Are You Project, which aims to provide a platform to exchange ideas and education on mental health issues.