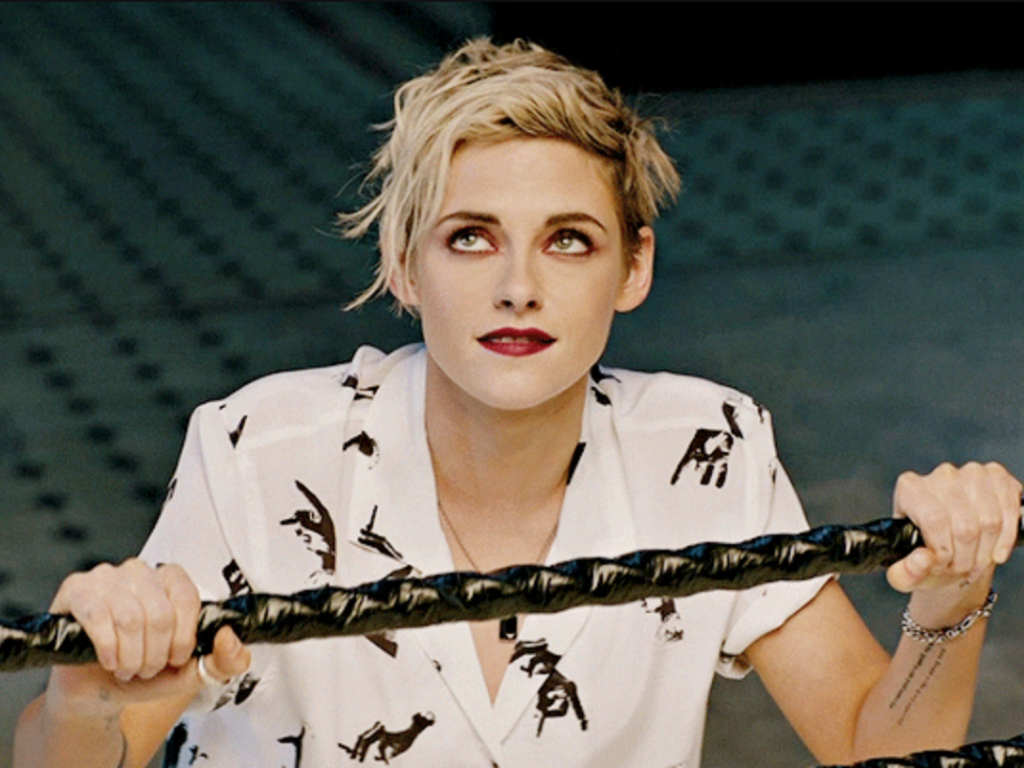 The notoriously shy Kristen Stewart has been opening up in interviews lately and frankly, we can’t get enough. First, she revealed to us (by way of Vanity Fair) how she tells ghosts to go away by saying “No please, I cannot deal,” and now she’s opening up about her sexuality. In a new interview with Harper’s Bazaar, the actress discussed her sexuality and how she was told to hide it (and her relationship with model Stella Maxwell) for the sake of her movie career.

“I have fully been told, ‘If you just like do yourself a favour, and don’t go out holding your girlfriend’s hand in public, you might get a Marvel movie,” she said.

Regardless, KStew, who was notoriously private while in a relationship with her Twilight costar Robert Pattinson, decided she DGAF, and in the process became the sexually fluid sweetheart who doesn’t wear shoes on the runway. And we love her for it.

“I think I just wanted to enjoy my life,” she said about her to choice. “And that took precedence over protecting my life, because in protecting it, I was ruining it. Like what, you can’t go outside with who you’re with? You can’t talk about it in an interview? I was informed by an old school mentality, which is – you want to preserve your career and your success and your productivity, and there are people in the world who don’t like you, and they don’t like that you date girls, and they don’t like that you don’t identify as a quote unquote ‘lesbian,’ but you also don’t identify as a quote unquote ‘heterosexual.’ And people like to know stuff, so what the fuck are you?’”

Also in the interview, Stewart gave us a rare quote about her time with Pattinson, saying, “When me and Rob were together, we did not have an example to go by. So much was taken from us that, in trying to control one aspect, we were just like, ‘No, we will never talk about it. Never. Because it’s ours.'”

Other highlights include her feelings about the word ‘awkward,’ (“I want to reclaim that word, because it’s been used too violently against me.”), her complicated relationship with fame (“I never valued the fame thing as much as I valued the experiences I got to do while working, and it perplexed me so much… Some people were like, ‘You ungrateful asshole!’ and I was like, ‘Yeah, completely, I don’t want to be famous, I want to do my work!'”), Charlie’s Angels and Gen Z actors.

Honestly, it was refreshing for the legendary shy girl. And she knows it: “I used to sit in interviews and go, ‘God, I wonder what they’re going to ask me about,'” she said, “but now – literally – you can ask me anything!”