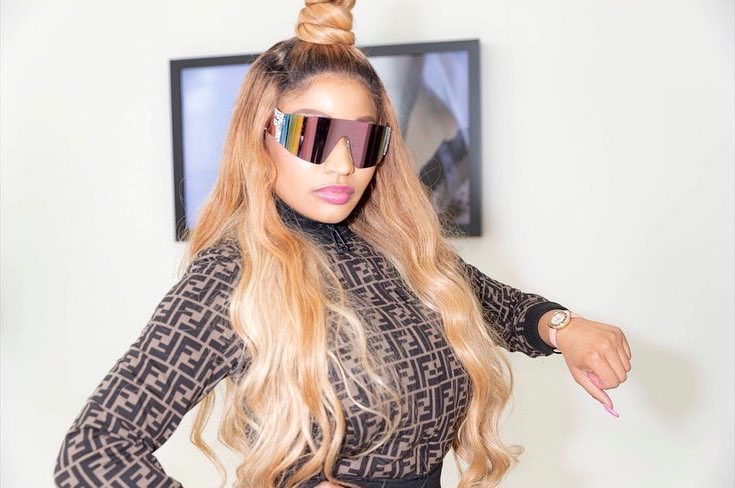 “I’ve decided to retire & have my family,” she wrote. “I know you guys are happy now. To my fans, keep reppin me, do it til da death of me, X in the box — cuz ain’t nobody checkin me. Love you for LIFE.”

Of course, people started immediately mourning the career of one of the world’s favorite rappers. Then Nicki hit us with even bigger news: her original tweet might’ve jumped the gun. The rapper returned to Twitter, deleted her first message and let her fans know how much she loves them. But it’s still unclear whether or not she’s leaving the rap game behind.

I’m still right here. Still madly in love with you guys & you know that. In hindsight, this should’ve been a Queen Radio discussion & it will be. I promise u guys will be happy. No guests, just us talking about everything. The tweet was abrupt & insensitive, I apologize babe ♥️🙏 https://t.co/eS0oHipwtg

“I’m still right here. Still madly in love with you guys & you know that,” she tweeted. “In hindsight, this should’ve been a Queen Radio discussion & it will be. I promise u guys will be happy. No guests, just us talking about everything. The tweet was abrupt & insensitive,” she added, apologizing to her fans.

Dissecting that a bit, she says she promises her stans will be happy. Well, we know they wouldn’t be happy if the “MEGATRON” rapper quit making rhymes.

Though, of course, even if she did leave the music industry, we know Nicki wouldn’t be totally gone. Just today, the rapper revealed she’s launching a Fendi capsule called #FendiPrintsOn. Nicki teased the collab, in which she stars in both the campaign and on the clothing, on Instagram earlier today.

“Don’t you ever doubt yourself,” she shared in a post about the collection. “If anyone would’ve told me as a lil girl from Trinidad that grew up poor that one day my face would be on a piece of Fendi clothing, I would’ve laughed.”

Though we don’t know much about the capsule, other than that it drops online an in select boutiques on October 14, we know it’s pink AF.

“Wait til you see the other epic things that come w/this collection,” she said. “My babies are gonna gag.”

Here’s a sneak peak of just a taste of what’s to kome @fendi #FendiPrintsOn by #StevenKlein for #Elle AVAILABLE OCT 14th on FENDI.com & select boutiques. #FENDI

Let’s just hope this isn’t the last we get of Nicki… because that would be really suck.