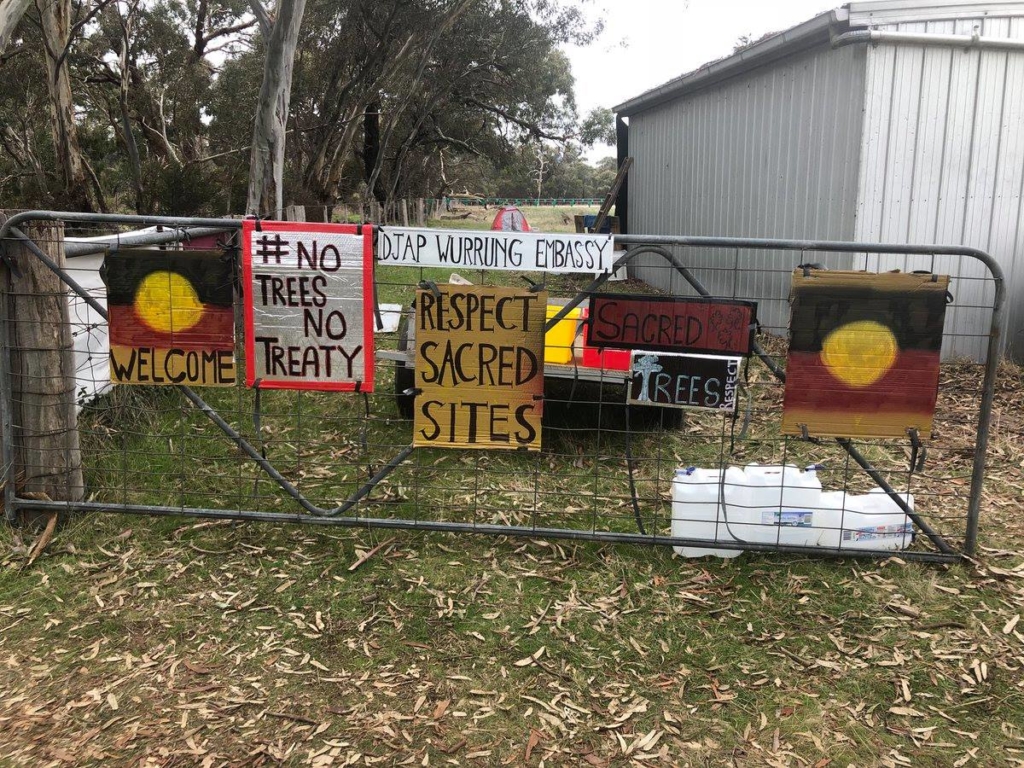 If you haven’t already heard: the Victorian Government is planning to destroy 3000 trees, 250 of which are sacred or culturally significant to our first nations people. For what you might ask? All to build a $672 million highway that will save drivers three measly minutes of travel time. Of these 3000 trees, includes an 800-year-old native that has sheltered over 50 generations born inside the hollow of its trunk, as well as a 350-year-old directions tree that resembles a female figure.

Djab Wurrung traditional owners and supporters have been occupying the threatened land for over a year now, establishing the Djab Wurrung Protection Embassy – a shield against the Victorian Government, guarding the sacred site.

However, yesterday the Djab Wurrung Heritage Protection Embassy Facebook Page issued a red alert, sadly informing us that Vic Roads, Major Road Projects Victoria, and Victoria Police had commenced road work… And, that numbers at the camp were at a low.

Want to know how you can help? Here’s three things you can do – according to the Djab Wurrung Embassy:

Be a physical presence to the blockade: police can’t evict protestors if there’s enough continuous human presence and can also postpone works. Follow the official Facebook page for updates and specifics.

If you can’t attend, encourage friends and family to do so, offer your car, put in money for petrol. Encourage co-workers and bosses to do the same.

(Don’t know what to say? You can find a template and guide here)

Members of Parliament who are obligated to listen to you include:

You can also tell Vic Roads what’s what here.

3. Donate to the Embassy

Funds are used to cover accommodation, travel, food and maintenance costs for elders and protestors in need.

You can donnate here and should encourage others to as well. Stay loud and share the Go Fund Me link.