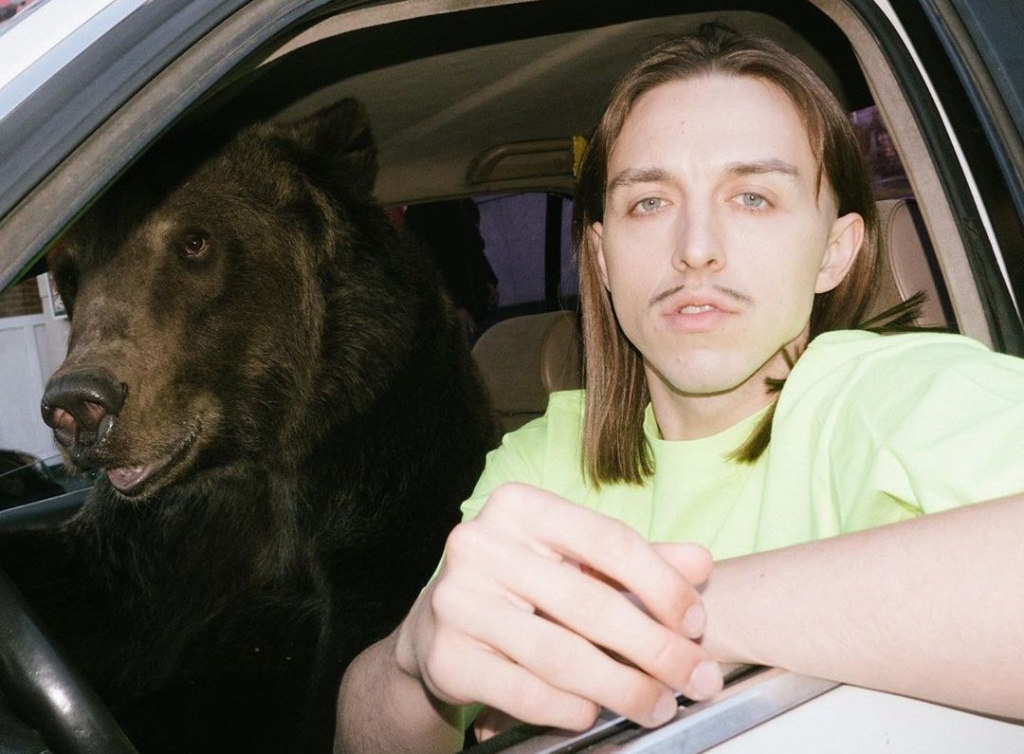 You know how people say ‘Game recognises game?’ Well, weird also recognises weird. And Rick Owens’ ongoing collaboration with Estonian rapper Tommy Cash is proof. The two recently teamed up on a conceptual art exhibition titled “The Pure And The Damned,” in Estonia; they also worked together on Cash’s track “Mona Lisa” (yes, Rick Owens kind of raps). Last year, Owens even opened his S/S ’19 menswear show to exclusive remixes of the rapper’s singles “Leave Me Alone” and “Pussy Money Weed.” So, it only makes sense that Cash would call up his friend, Rick, who just happens to be a fashion a designer, when he was looking to design and drop some new merch. Right?

Featuring a hoodie, shirt and “mini Soviet carpet,” whatever the hell that means, the new line features simple black garments with white logos — an oddly minimalist drop for both the rapper and Owens, but especially Cash, who likes to call himself “the colourful Rick Owens.”

“Usually Rick Owens’ creations are much more expensive,” he said about the collab. “I wished to bring globally-renowned fashion closer to people. I wanted to give people an opportunity to buy a piece of work from a legendary designer with a reasonable price.”

And the adoration is mutual. When asked by Dazed by he continues teaming up the rapper, Rick Owens said “Tommy’s music is intimate, raw, modern, and weird. I wish I was him.”