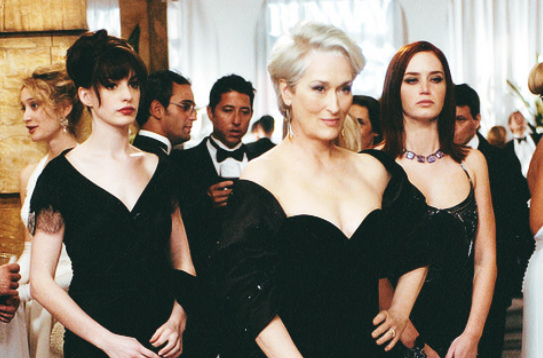 Beetlejuice, Mean Girls and Heathers are all already musicals — it was just a matter of time before The Devil Wears Prada got the Broadway treatment. So, if you’ve ever wondered what $10 worth of Jarlsberg, or just the right color of Cerulean Blue would sound like as a poppy showtunes, don’t worry, you’re in luck. The Devil Wears Prada will hit the stage in Chicago next July. And you know what Miranda Priestly would say:

Written by Paul Rudnick, who also wrote the screenplay for Sister Act, the musical will also feature all original hits by Sir Elton John. I mean, what? No casting announcements have been made yet, but tbh, I’d kind of like to see Elton as Stanely Tucci’s character, Nigel, and Meryl Streep as Miranda, because, let’s get real, no one can do stone-cold bitch like our girl Meryl. Remember her BLL scream (and King Princess’ remix)?