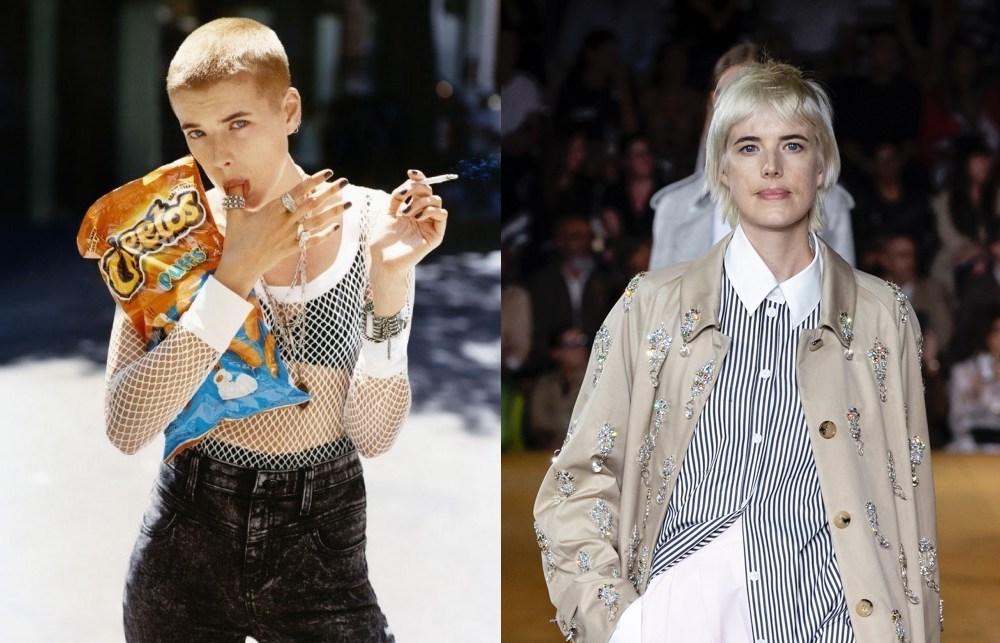 Agyness Deyn, who you may have first aligned yourself with via her peroxide chop (if not shaved head) in your myspace ‘about me’, has returned to the runway. Fitting, too, that she returned for UK staple Burberry, whose show this season was titled ‘Evolution’.

Agyness, who’s now 36 and favours acting over modelling (most recently in Her Smell), arrived before our eyes in a glitzed up version of everyone’s fave trench, and she did not disappoint with a choppy lil blonde head.

The label’s creative director Riccardo Tisci said the show was “a collection inspired by our past and dedicated to our future.” And it’s so nice to see that ring true in the casting — which also featured faves like Sasha Pivovarova and Freja Beha Erichsen.

In terms of our future, Burberry also announced that the show had been certified as carbon neutral. This is a good step. “We have offset our impacts, such as the flights of guests travelling to London specifically for the show and the build and production of the event,” their statement said. They’re also working with a number of project that prevent deforestation and conserve pars fo the Brazilian Amazon.

Revealed: The #BurberrySpringSummer20 runway show space. Set in the heart of west London Watch the show live on Instagram, 16 September at 5pm BST #BurberryShow #LFW #ReBurberry We are proud that the Burberry Spring/Summer 2020 show has been certified as carbon neutral. We have offset our impacts, such as the flights of guests travelling to London specifically for the show and the build and production of the event, through VSC-certified REDD+ projects which prevent deforestation and conserve tropical rainforest in the Brazilian Amazon