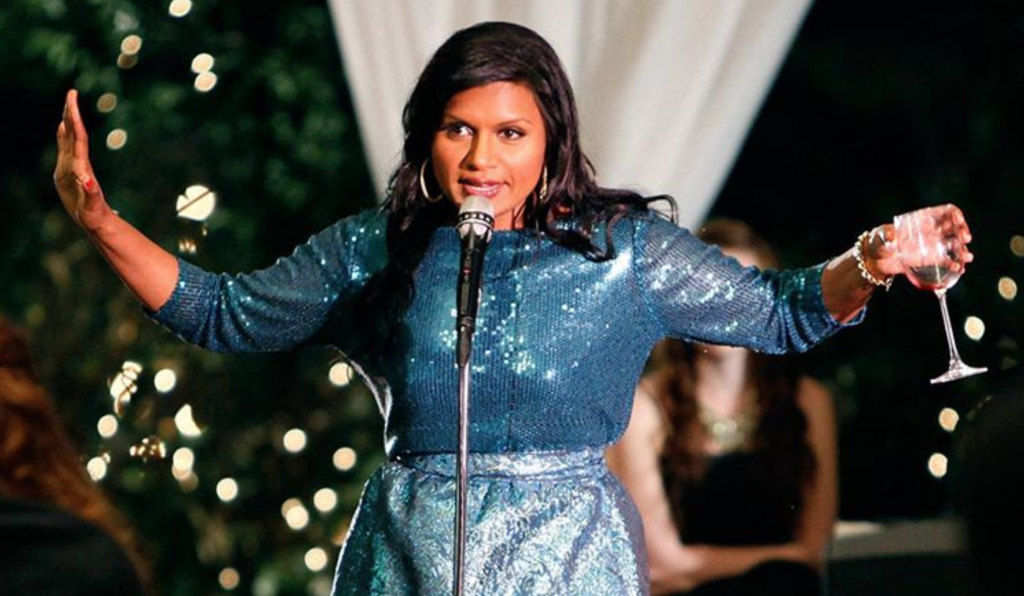 Mindy Kaling started writing for NBC’s The Office at just 24, the only woman and the only person of colour in the writers’ room. Mindy, now 40, is a comedic gem of many talents. But in a recent interview with Elle the actor, writer, and – yes (ahem Emmys) – producer opened up about being left out.

Known for her role as the chirpy and loveable customer service representative, Kelly Kapporof, Mindy was the backbone of the US Office both on and off-screen. But despite her off-camera contributions, when The Office was nominated for an Emmy for Outstanding Comedy Series, Mindy wasn’t listed as a producer or writer. The Television Academy (who puts on the awards show) told Mindy there were “too many” producers on The Office and that she’d be cut from the list. Wtf? Mindy was the only woman of colour, and the only one to get the chop. I smell bullshit.

Respectfully, the Academy’s statement doesn’t make any sense. I *was* singled out. There were other Office writer-performer-producers who were NOT cut from the list. Just me. The most junior person, and woman of color. Easiest to dismiss. Just sayin’. https://t.co/frT2pQUfLF

“They made me, not any of the other producers, fill out a whole form and write an essay about all my contributions as a writer and a producer. I had to get letters from all the other male, white producers saying that I had contributed, when my actual record stood for itself,” Mindy told Elle. Mindy’s name was then finally included in the final list, and despite all the ridiculous letter writing, the show didn’t win the Emmy.

“‘In this country, American means white. Everybody else has to hyphenate,’” said Mindy, citing a quote by the late Toni Morrison. “It really doesn’t matter how much money I have,” she continued. “I’m treated badly with enough regularity that it keeps me humble.”

But Mindy prevails! This year alone, she wrote, co-starred in, and co-produced Late Night at Sundance, a smart-witted and critical comedy; cocreated, cowrote, and co-executive produced a multi-racial remake of Four Weddings and a Funeral; and co-created, wrote, and co-executive produced an anticipated Netflix series about a first-generation Indian American high schooler. Fire!