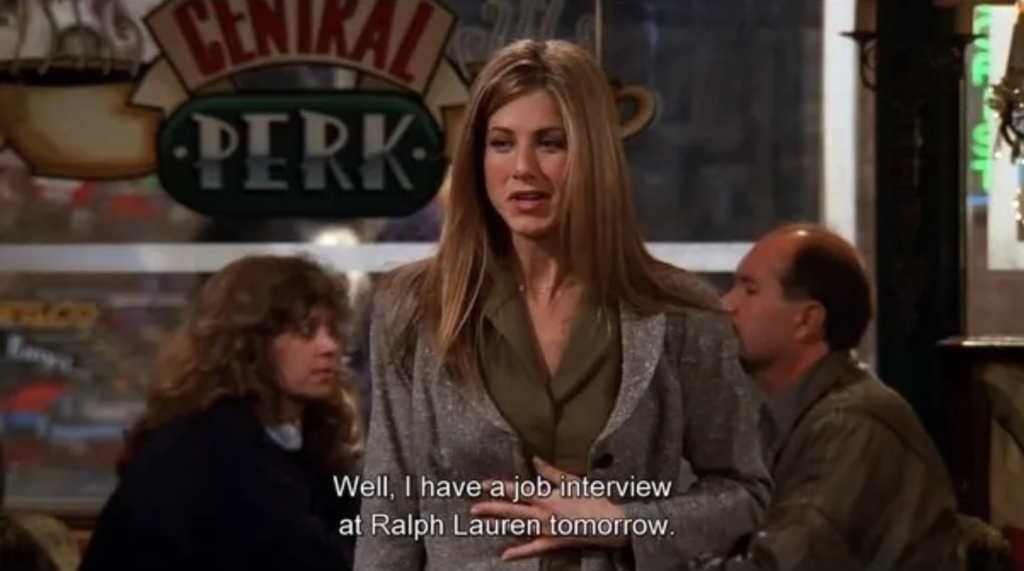 It’s been 25 years since Friends hit TV screens, leaving the cast and its fans feeling, well, old. Warner Bro’s since gave us 10 seasons and 236 episodes of rerun gold, and to celebrate they’ve teamed up with Ralph Lauren to create a Rachel Green ‘Wear to Work’ collection. Played by a total smokin’, trend-setting Jennifer Aniston, Rachel Green rocked many iconic 90s-2K looks – from sporty Americana sweats to office chic, plaid mini skirts with knee-high socks and what seems like a turtle neck in almost every colour. And surely it wasn’t just me who took a picture of her to the hairdressers?

As fans will already know, during her decade on the show, Rachel worked at Bloomingdales and Ralph Lauren after quitting her waitressing job at perpetual Friends coffee and chill spot, the Central Perk. Rachel worked for five good years at Ralph Lauren, and the designer himself even made a cameo in the episode titled, The One with Ross’ Teeth.

The collection showcased at Bloomingdales (ofc) with a very cute, very kitsch Central Perk replica display. Friends will always be there for you, and now, so will their clothes.