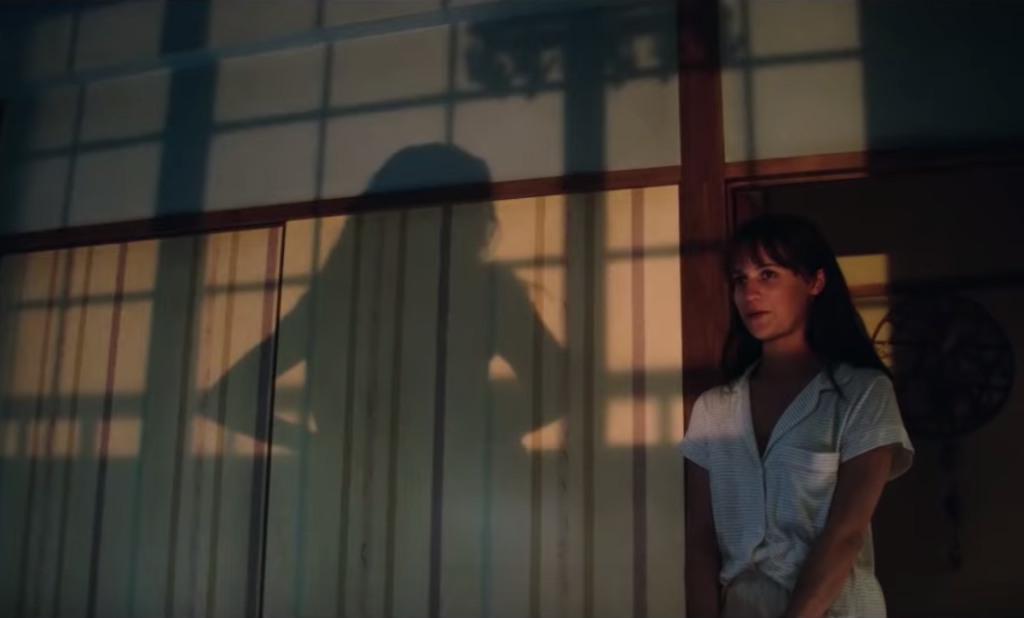 Ridley Scott and Netflix have united in a new mystery-thriller serving scary/sexy in equal part, a lusty love-triangle that ends with somebody dead — hot. The trailer, released yesterday, give us a seductive and moody insight into 2019’s Earthquake Bird, starring: Alicia Vikander, the Sweedish, ex-ballet dancer and Lara Croft siren; Riley Keough, daughter of Lisa Marie Presley and Danny Keough (and granddaughter of the King of himself); as well as J-Pop star, dancer, choreographer and actor Naoki Kobayashi. Swoon.

The film is set in Tokyo 1989, and Lucy Fly (played by Alicia Vikander) is the saucy expat next door with a dark and intriguing past — dun dun. Lucy meets a brooding and troubled local photographer, Teiji, and an intense and problematic relationship blossoms. Lucy’s life starts to unravel as she simultaneously befriends an innocent newbie named Lily Bridges, played by Riley Keough. But Lily (not Lucy — v similar names) gets wrapped up in the sex-appeal and allure of Lucy and her camera-baring (bordering on creepy) BF and ultimately ends up missing, potentially dead. Hecccctic.

Written and directed by Brittish indie filmmaker Wash Westmoreland, Earthquake Bird is based on Susanna Jones’ novel of the same name. It hits cinemas November 1, otherwise, with a Netflix account, you can watch on your laptop in bed from November 15 ;).