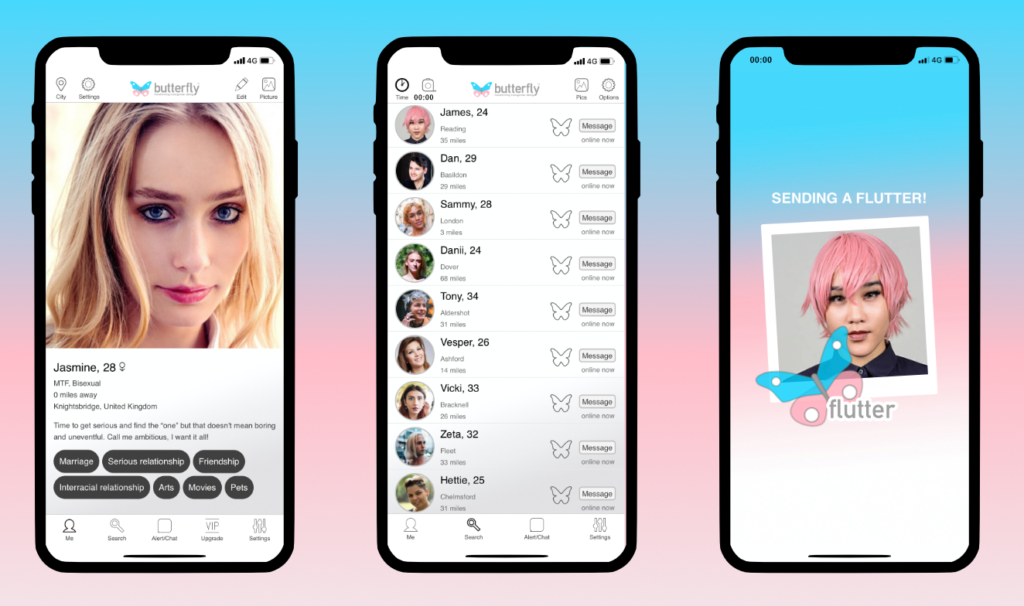 While it’s certainly not the first transgender dating app out there, Butterfly is the new dating app for trans folx emphasising authentic relationships and safety. In recent years, we’ve seen more dating apps catered towards the LGBTQIA+ community crop up and yes bby “we’re up ;)”.

Launched this September, Butterfly was developed by 46-year-old British mechanical engineer David Minns (ok, sure), who’s been in the dating app game since 2007. And, Mr Minns has done his research, finding trans daters on his other apps had concerns unaccounted and unaccommodated for.

David Minns explained, “Butterfly puts transgender people first and allows everyone to focus on connecting with people they’re attracted to, with the reassurance that everyone is accepting of nonbinary genders.” And that, “Many transgender dating sites focus on hookups and fetishes [but] Butterfly is for anyone interested in a serious relationship with a transgender person.” Sending you a flutter!