It’s almost 2020. Phrases like “do it for the gram” have become commonplace (and legit — Urban Dictionary even has it listed), and people will do anything for likes. Over the years, we’ve seen viral ‘challenges’ where kids literally blew up their lips for social media; influencers have risked their health (and any bit of decency they had left) committing fraud and going to places like Chernobyl; people watch Area 51-themed porn, and 60-year-old women use filters to pose as 20-year-old gamers to become famous on the internet. What a world. So, it’s no surprise that people keep doing insane things for the sake of a good hashtag, and apparently extreme yoga is very real and very dangerous… that is, according to a British physiotherapist, Benoy Matthew, who told The Telegraph that Instagram is fuelling a serious rise in yoga-related injuries, because teachers are doing ridiculous things in the name of content. I’ll say it again for the people in the back: what. a. world.

“Social media has definitely contributed to this feeling of having to take it to the next level and that’s purely for aesthetic reasons,” said Matthew, citing inexperienced yogis who do advanced poses. “Just because you can get your head to touch the floor, you might manage to get an ego boost but it doesn’t necessarily mean you are going to have a huge health boost. You are just leaving yourself with more problems.”

What’s worse, are people doing their yoga in dangerous places — like the side of a cliff. Just recently, a 23-year-old fell 80 feet after trying to do a pose off the side of her sixth floor balcony. She survived, but broke 110 bones.

YOGA POSE PLUNGE: After falling 80 feet from a sixth-floor balcony while practicing “extreme” yoga over a railing, a college student is facing a long recovery. After the picture was taken, the woman fell from the apartment balcony and broke both of her legs, as well as suffered fractures to her arms, hips and head. She broke 110 bones and underwent 11 hours of surgery following the fall. Link in bio for full story.

“When I first started seeing patients eight years ago, I would see around one yoga teacher every six months,” Matthew continued. “But now I am seeing four to five every month. […] It has been over commercialised and I think that is what is causing a lot of the problems.”

Since social media has only boomed since then, I can’t imagine how many people have been hurt doing a downward-facing dog off the side of a rock. But hey, at least you got that pic? 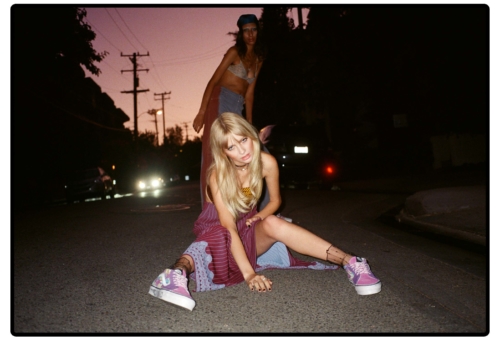