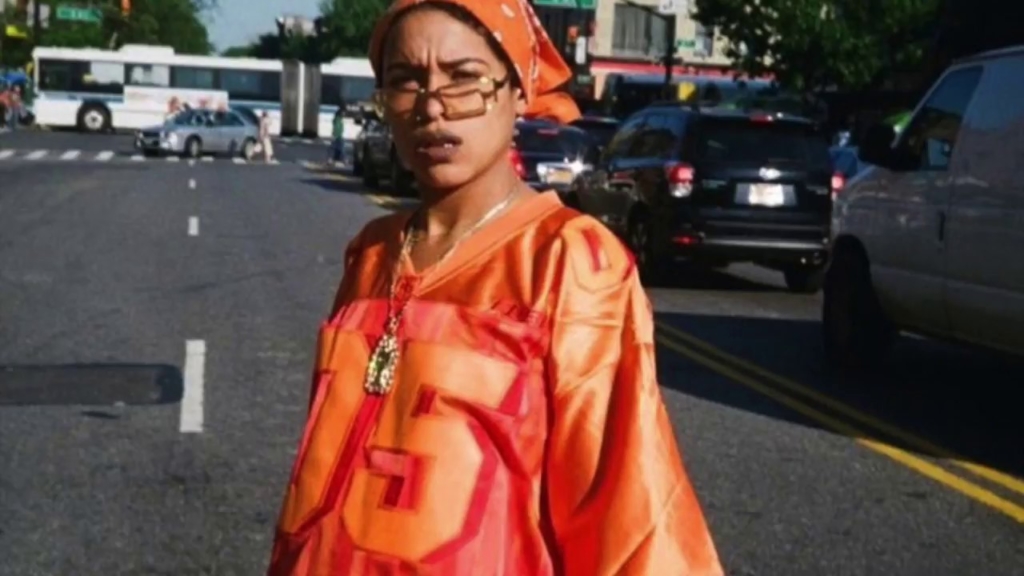 It’s the Bronx 1993 and Princess Nokia is serving serious NYC nostalgia in her debut feature film Angelfish. From Bart Simpson to the bball court, to her now two-year-old debut LP (fittingly titled) 1992, Princess Nokia has given us magic. The New York rapper and East Harlem royalty is no doubt a multi-faceted hip-hop queen and unsurprisingly, a gifted actor.

Nokia – AKA Destiny Frasqueri – plays Eva, a Puerto Rican teenager who stirs up drama when she falls for a boy on the other side of the tracks, Irish-American charmer, Brendon. The film feels very coming of age / Romeo and Juliet meets racial tensions in the big apple.

Angelfish Official Trailer. A New York Love Tale. Premieres Nov 14th, and will be available on Video On Demand, Nov 19. Tickets are still available for the New York red carpet premiere and screening.. 🥀

When talking about her character, Princess Nokia told Afropunk “I loved sharing this experience with Peter [Lee, the film’s director] and the incredible team of women who made this film possible,” she explained. “He respected me, he respected New York, and the importance of bringing these Latino characters alive reflectively and accurately, which has truly meant the world to me.” Sounds l-i-t, lit.