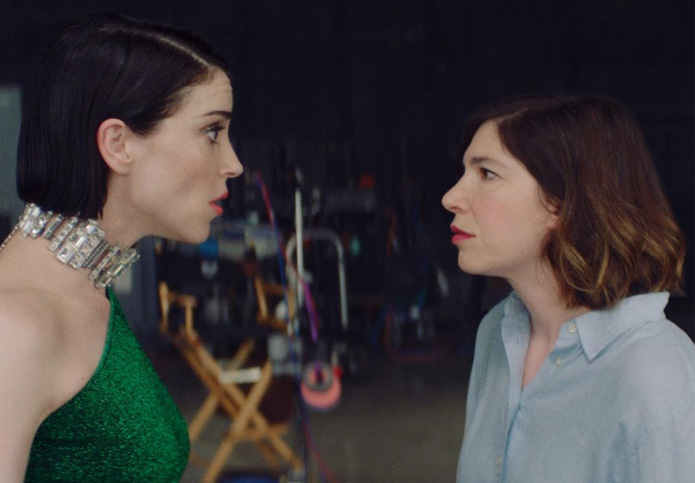 It’s been a good year for Carrie Brownstein. She interviewed her friend and cover star Natasha Lyonne for Oyster #116, Sleater-Kinney released a new album produced by St. Vincent and now the two of them are going to Sundance. Frequent collaborators, Brownstein and St. Vincent, co-wrote and starred in the new satirical concert film, The Nowhere Inn, which has just been selected to premiere at the Utah festival. Directed by Bill Benz, “when St. Vincent sets out to make a documentary about her music, the goal is to both reveal and revel in the unadorned truth behind her on-stage persona,” reads the synopsis. “But when she hires a close friend to direct, notions of reality, identity, and authenticity grow increasingly distorted and bizarre.”

Sounds like Portlandia meets a behind-the-scenes St. Vincent special. Into it.

“THE NOWHERE INN! The film I co-wrote and co-star in with my bff, @carrie_rachel, got into Sundance!” St. Vincent shared on Instagram. “I also scored it. But, duh.”

THE NOWHERE INN! The film I co-wrote and co-star in with my bff, @carrie_rachel, got into @sundanceorg ! Directed by the amazing @billbenz! I also scored it. But, duh.

Carrie echoed the sentiment, writing “So honored and grateful that The Nowhere Inn, a movie I co-wrote and starred in with one of my best friends, made it into Sundance. Very excited for the opportunity to have people see this labor of love.”

The film will debut alongside another heavily anticipated music flick, the Taylor Swift documentary Miss Americana, as well as The Glorias, a film about Gloria Steinem.

Looks like 2020 is shaping up to be a decent year for Hollywood so far. Hopefully, we get more St. Vincent and Sleater-Kinney.