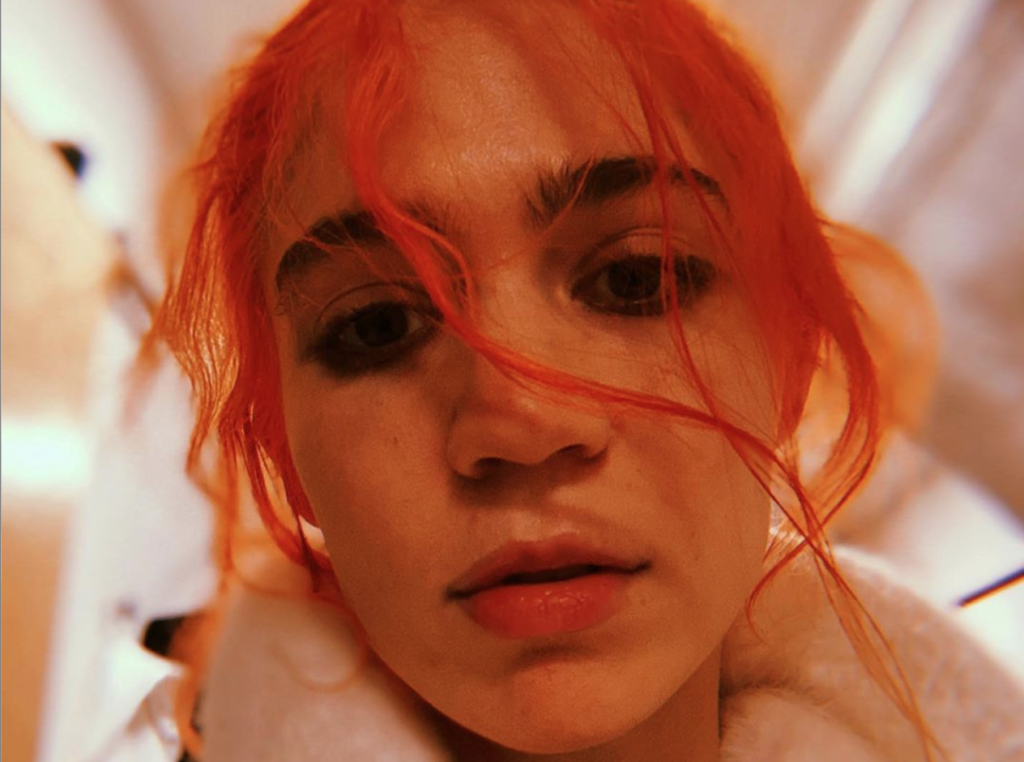 Just last week Grimes went on a podcast and gave us all the deets on her forthcoming new album, Miss_Anthropocene… oh, and declared the end of both live music and human art. But naturally, that hasn’t stopped her, because she’s Grimes. Earlier this week, the singer dropped a brand new track, ‘My Name Is Dark,’ the fourth single from the upcoming record, after ‘Violence,’ ‘We Appreciate Power’ and the recent ‘So Heavy I Fell Through The Earth.’

Along with the release, Grimes also shared a new feature she did as part of the latest issue of Interview Magazine, in which she sat down with sad vape enthusiast Lana Del Rey and gave us even more dirt. Her bf, Elon Musk, was also on the call. So, you know, just a casual three-way chat.

“In our current society, we don’t even know how to talk about things,” she answered when Lana asked her if Miss_Anthropocene is a personal album, citing her obsession with ancient cultures and their “weird philosophical justification for all pain.” “So my album’s about a modern demonology or a modern pantheon where every song is about a different way to suffer or a different way to die. If you think about it, god-making or god-designing just seems so fun. The idea of making the Goddess of Plastic seems so fun to me.

Other nuggets are Grimes’ thoughts on social media and cancel culture (“I do think everybody’s going to have to get a lot better at forgiving”), staying grounded as a public persona (“I had to kill my ego, because there was no way to remain invested in myself as having anything to do with the culture while surviving mentally”) and where she’s at in life right now (“a place of extreme flux, where I feel like I don’t know myself at all, but it’s also the most self-assured I’ve ever been”).

“I think my motto in life is just, ‘Don’t be bored,'” she concluded. “Even if I’m having the worst time, I’m like, ‘Wow, this rules.’ In some of my worst moments I remember thinking, ‘Damn, this is such sick fodder for my eventual book.'”

No info as to when that book will actually come out though. In the meantime, ‘My Name Is Dark’ will just have to do. Listen, below.