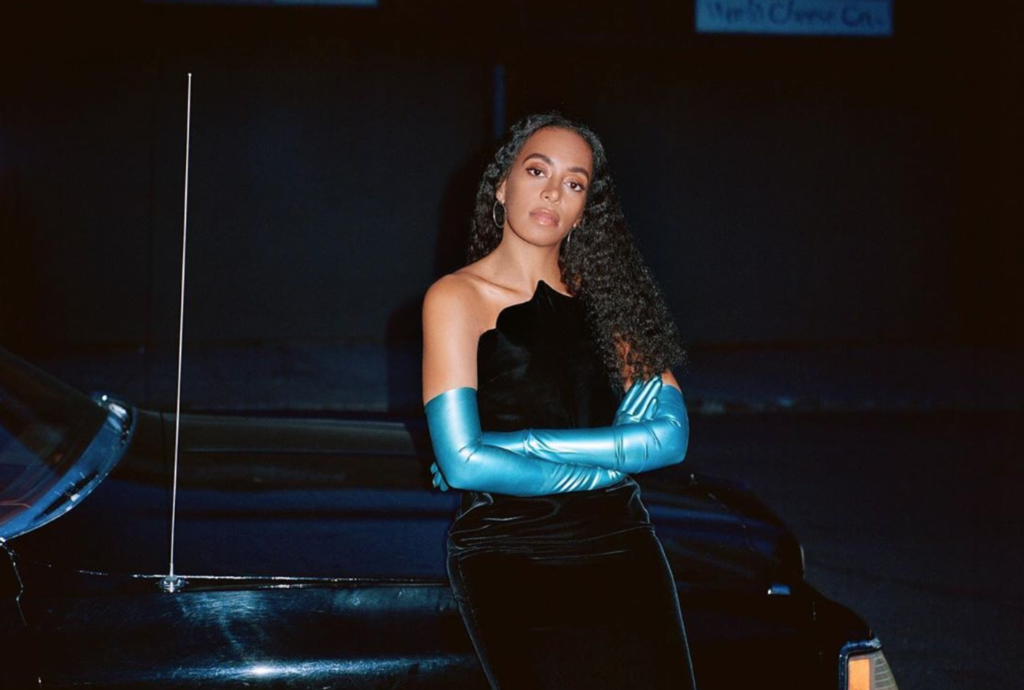 It’s been a good few months for Solange, and an even better for us, because the singer graced us with not only a stunning album, but also the insane visual she directed and edited herself, which premiered at a series of museums and art galleries. Now, she’s finishing out her bang of a year with a concert on Fallon, where she sang hits from the record like ‘Things I Imagined,’ ‘Down With The Clique,’ ‘Binz’ and ‘Alameda’ alongside a group of impeccably dressed back-up dancers. Merry Christmas to us.

On this week’s episode, Solo gave a ten-minute performance featuring all the album’s best cuts. She finished out the set with a nod to the When I Get Home video (which will apparently be available to watch everywhere soon) when a dancer covered head-to-toe in rhinestones stood behind her looking like the world’s most fashionable shadowy ghost. Honestly, it’s a little weird, but it’s Solange… so we’re into it.