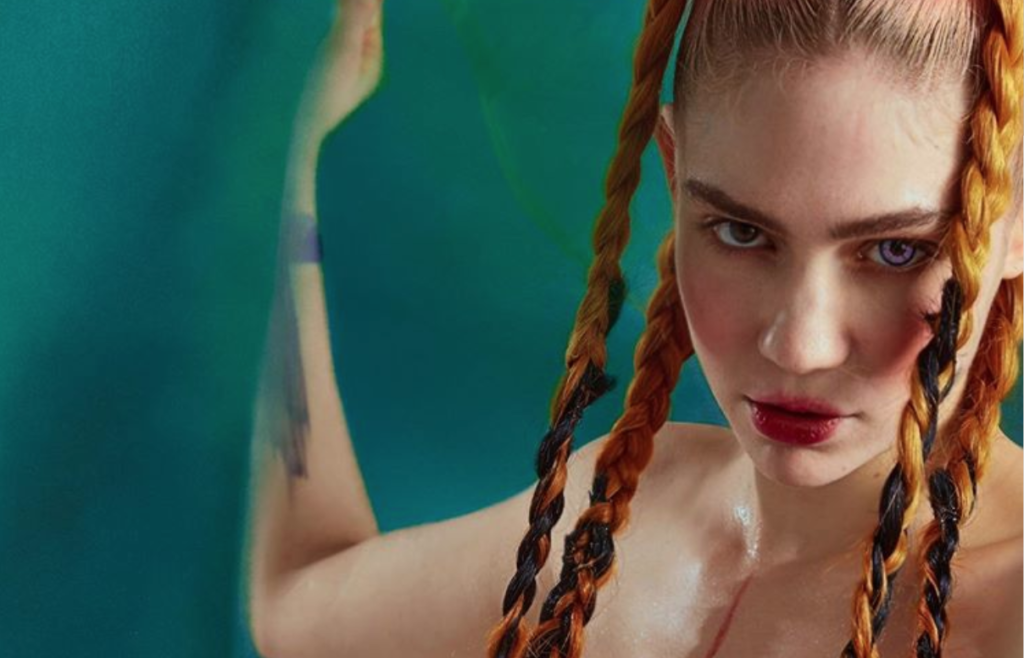 We are no strangers to celebs going that extra — and we mean extra — mile to announce that they are with offspring, but Grimes’ new post still managed to surprise. Uncaptioned, the image shows her unclothed, free nippled, bearing odd coloured contacts and an x-ray eye into a stomach that just so happens to appear to have a baby in it. Did she just announce her pregnancy?

There has been on and off internet speculation about her pregnancy before, however odd that subject is for a rumour, and Grimes did bring it up during that whole Azealia Banks sitch. Oh, and she said, and we quote, “Plus being knocked up is a very feral & war-like state of being. Might as well be what it is,” in a comment on this very instagram post. 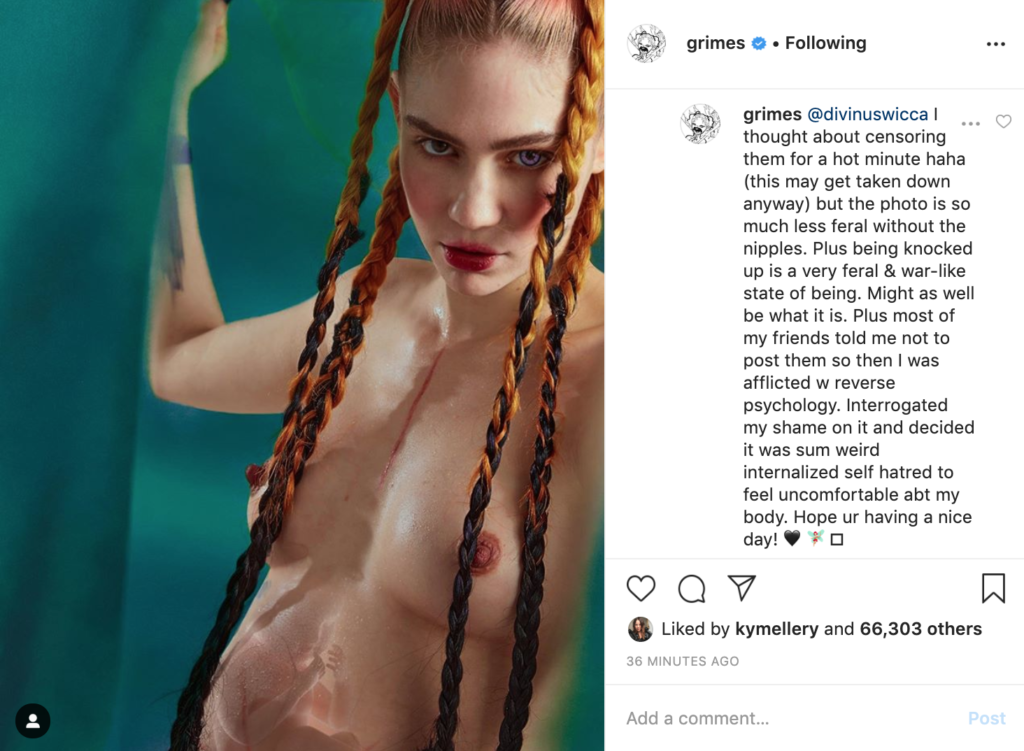 But maybe she’s also just v pregnant with Miss Anthropocene, which is to be released next month.

The real question here is: does Elon have enough technical magic to ensure this post is not deleted resulting in a shadow ban for our dear Grimesy?