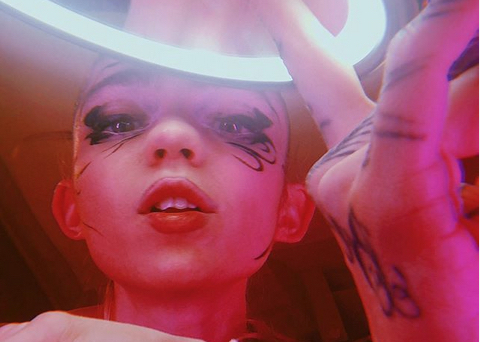 The confirmation came when Grimes responded to reports about the War Nymph social channels. The singer said that the pages are a “digital avatar” she’s been working on “for over a year,” and in fact, War Nymph is not her baby’s name.

“It is not a social media account for my unborn child,” she wrote, then deleted, in response to an article about War Nymph by Consequence of Sound.

“What the hell are you guys talking about?” she continued. “Can you plz reach out to my team before running stories?”

On another deleted post, the singer wrote, “Plz don’t try to create controversy about my baby, whose privacy I plan on protecting.”

Though we’re kind of sad we won’t be watching bb War Nymph grow up on social media, we are happy for Grimes. Do you, girl.