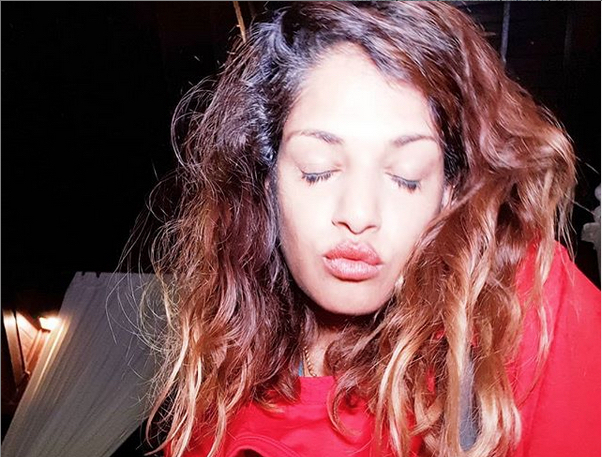 Earlier this week, M.I.A. warmed our cold, dead hearts and teased some upcoming new music…. or at least, that’s what we (and everyone else on the internet) thought she was talking about. Turns out, what she was hinting at dropping today was not music, but a Patreon account. Beggars can’t be choosers, I guess?

“The vision for Patreon is that this year I’m going to be going on a journey, release a new record and doing other creative projects and I wanted you guys to come with me,” she said in a video. “I’m going to try something different, which is basically to open up the conversation with my fans. So come and check me, subscribe, and let’s see what we can do together.”

“I’m doing a Patreon, because I make so much stuff and record so many things that aren’t music and don’t fit on other platforms,” she told Rolling Stone. “I’ve tried all the other platforms and it’s like: this one is too mean and hateful, this one is too fake and self-obsessed, and this one just sells all your data to Cambridge Analytica… Hopefully, this one is going to be just right.”

IM ON. IM ON PATREON.!!!!! Link in bio https://www.patreon.com/mia My page can be anything you want it to be. Let's talk

Right now, there are two subscription tiers – the Arular, for $5, and Kala, for $10. With the Arular subscription, you’ll get access to “short films, clips, and video diaries,” including previously unreleased clips from MATANGA/MAYA/M.I.A., and new M.I.A. art and livestreams. For $10 a month, you’ll get “early access” to everything: posts, AMAs, Q+As, livestreams and “just random surprise content! It might be a song, a recipe, a manifesto, maybe I could help you with your homework.”

“I want to use the subscription money to feed back into the Patreon page,” she added. “I want to really go and do a project that can help some people. Build a school or put on an exhibition, help upcoming artists or even build something you guys want me to build. It’s evolutionary process. I want to get back to using the internet in a positive way; I don’t want to be an influencer. I want to be a truth dispenser.”