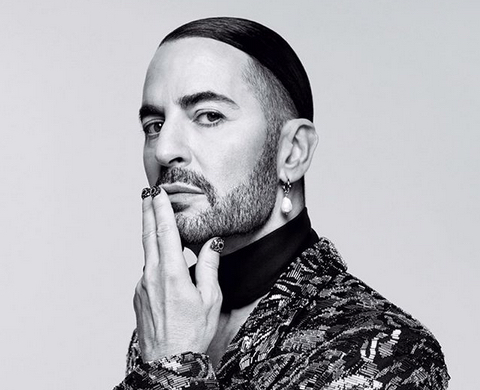 Evian may have Fyre Fest icon Andy King, but Givenchy has Marc Jacobs. In this season’s ultimate fashion crossover, the brand revealed their Spring 2020 campaign featuring MJ and Charlotte Rampling.

In a new black-and-white short film, the designer and actress star as “the iconic Givenchy couple,” who bicker until Rampling slaps Jacobs. It’s nothing short of iconic.

Along with the vid, the brand also revealed a series of portraits lensed by Craig McDean in which Jacobs ditched his Babushkacore aesthetic for some sequined looks from the Givenchy collection by Clare Waight Keller.

NY PARIS 1993, THE CAMPAIGN: For its Spring-Summer 2020 advertising campaign, the House of Givenchy revisits its signature “couple” theme with an iconoclastic new pairing shot by #CraigMcDean under the direction of Artistic Director @ClareWaightKeller. Dressed in key looks of the season, the timeless icons #CharlotteRampling and #MarcJacobs evoke memories of Paris and New York in the Nineties. #GivenchyFamily

Maybe we’ll even get a Marc Jacobs x Givenchy capsule — I mean, he just did one with Frank Ocean and Stray Rats AND Girl Interrupted… and Givenchy just gave us a killer Chinese New Year capsule that harnessed The Year of the Rat for a series of graphic tees, sweatshirts, parkas and jackets.