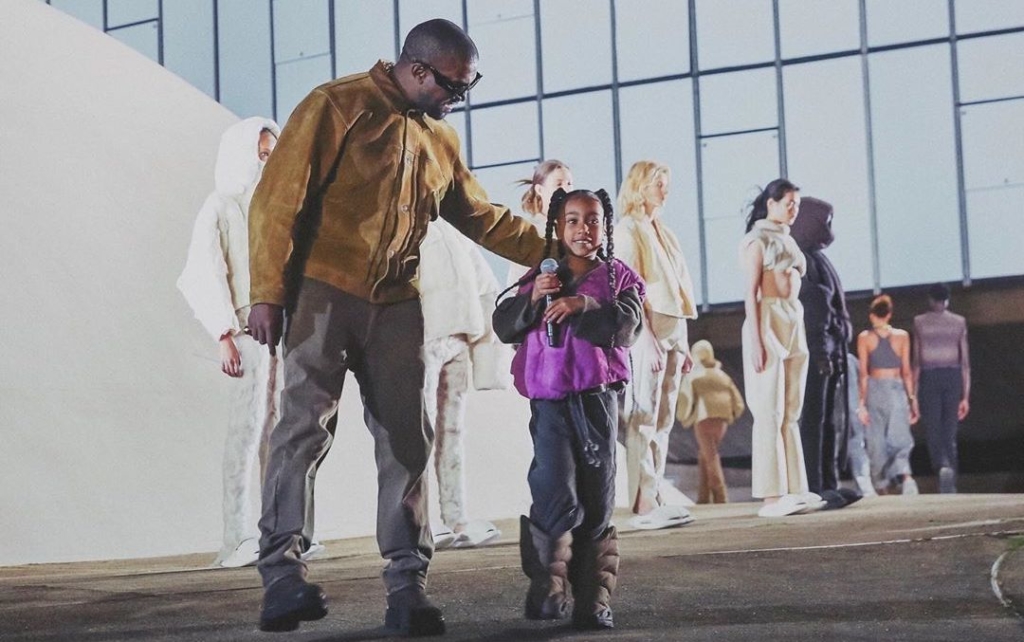 North West is no stranger to the cameras. The six-year-old has practically grown up in front of them on Keeping Up With The Kardashaians. She also starred in her first fashion campaign (for Fendi nonetheless), when she was only four. So, I guess it’s no surprise that the daughter of Kimye is already more accomplished than the rest of us: as of yesterday, she’s a rapper, and has killed the runway at Paris Fashion Week. Watch out Timothée Chalamet.

At Kanye’s surprise Yeezy Season 8 fashion show in Paris earlier this week, Northie decided to do an impromptu performance, kicking off the show with a remix to a rap by another tween named ZaZa. The models (in signature monochrome athleisure) walked in front of North as she rapped in a signature Yeezy ‘fit herself. Kanye came out towards the end and danced with her — is it weird that watching him with his kids makes me think he’s not a total psycho? Then I remember the Calabasas domes (RIP). But either way, North is on track to become a rapper, the world’s best dressed pre-teen, who has dolls made for her, with really good hair. Sorry, Timothée. She’ll probably star in the next Wes Anderson film, too.