This article was originally published in Oyster’s Print Issue #115: The Survival Issue, available to order via the Oyster Print Shop. 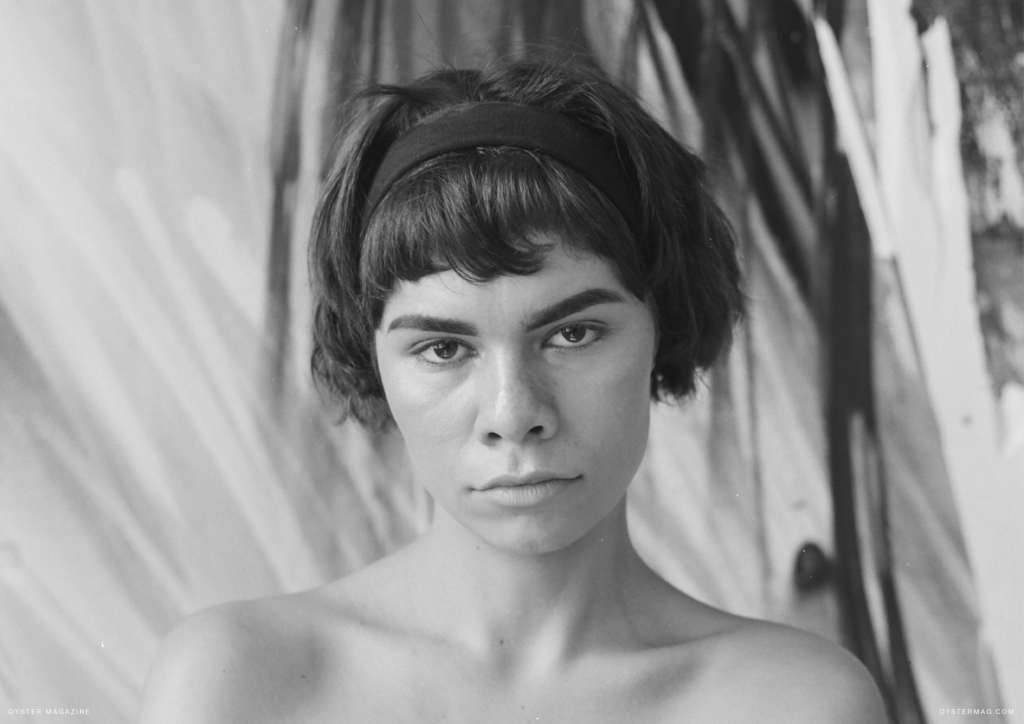 I first met Aretha Brown in January 2017 on Instagram, when her staunch photograph filled my newsfeed: her fist in the air, her eyebrows angry, her body language proud, her background and foreground tiled with Aboriginal flags. She stood in front of an estimated 50,000 people at an Invasion Day march in Melbourne, and told white Australia to sit down and listen. She was 16-years-old.

While her age could be pegged as an inspiring part of this story, it’s actually inessential as soon as she speaks. Her wisdom, clarity and total purpose are foremost. Lucky for our country, her voice, message and ardour is here for good. 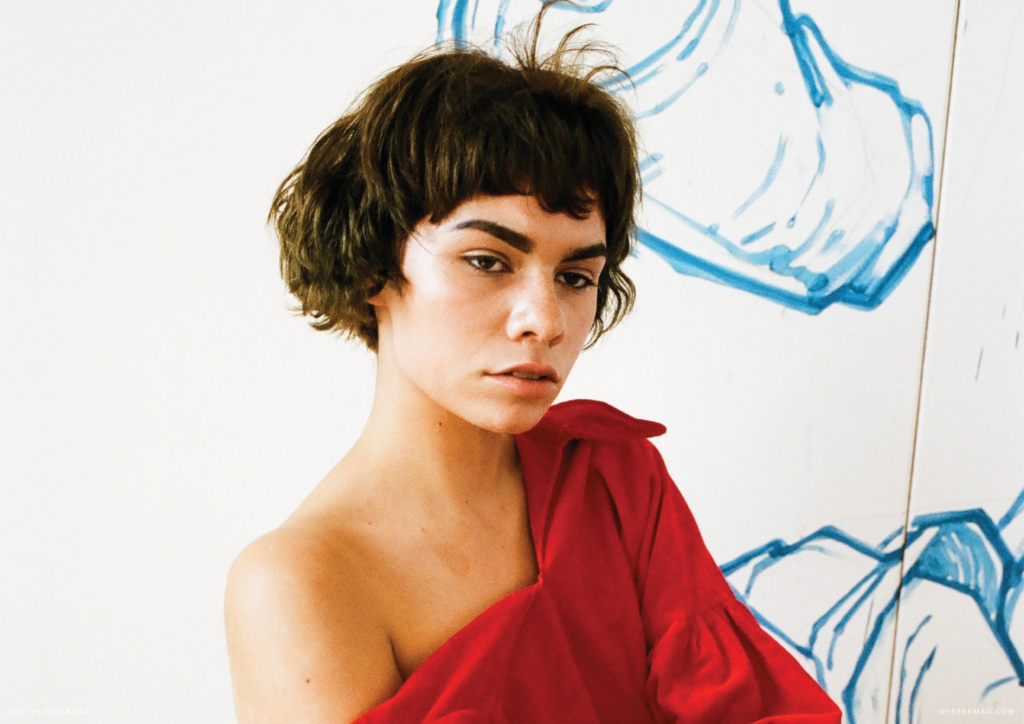 Hayley Morgan: In your own words, what’s your message?

Aretha Brown: What everything narrows down to is really very simple: Aboriginal people should be speaking for and about indigenous issues. Nobody else. We do not want to be spoken for or to. We want to be making our own decisions about our own lives. We want to be represented according to our own values. We want to be included in discussions. I don’t give anyone else the privilege to talk for me, or about my people. No one.

In lots of articles I read about you, you’re described quickly as a “gay indigenous activist”, but I want to know what you call yourself… what are the first words you think of when you think about yourself?

I am Aretha Brown. I am not a token, I am not a box to be ticked, I am not subject matter in which to be scrutinised and studied in order to be dissected, I am not a charity case. I know who I am. And I am forced to dig deep down inside myself and create an identity as an indigenous person that does not yet exist here in Australia and force others to accept it, or others will decide who I am for me. Regardless of everything, I know I’m supposed to have control over every aspect of my life.

How does it feel to be a spokesperson?

I don’t really know. Aboriginal people have always had to work within spaces where they are forced to become a spokesperson, willing or not, due to the single fact that they are the only indigenous person in the room. This requires a great deal of patience and even a degree of endurance. I chose to speak that day [at the Invasion Day rally] and I was privileged and lucky to do so. But some people do not get that option.

“Aboriginal people have always had to work within spaces where they are forced to become a spokesperson due to the single fact that they are the only Indigenous person in the room.”

How did you feel to have the crowd chanting “I see you” right back at you?

I felt very emotional. And I choked up.

It was really powerful… I wondered if you get nervous?

Honestly, I find it easier talking to a large crowd of people. I get nervous talking to new people one on one.

What gives you the motivation to stand up for people?

My grandma (Aunty Janice Brown) is the most inspirational woman in my life. She is a revered elder and social worker in Sydney’s Western Suburbs. She was a part of this country’s stolen generation and she didn’t have the same opportunities that I have today. I owe her everything — she is the reason I do any of the work that I do.

I know that there’s little room for talking about these issues in a mainstream context — if people are interested in becoming more knowledgeable, where do you suggest they look for information and ways to support certain causes and missions?

There’s lots of free information online and in places such as the Koorie Heritage Trust or Melbourne Museum. I have put myself in a position where people come to me seeking information about, or at least insight into, the Aboriginal experience. I know this, and it’s something I love to do. But that doesn’t mean you hold an intrinsic right to ask any aboriginal person to educate you — often on issues that might be upsetting to them. It takes a toll on an individual.

“I have put myself in a position where people come to me seeking information about, or at least insight into, the Aboriginal experience … But that doesn’t mean you hold an intrinsic right to ask any aboriginal person to educate you — often on issues that might be upsetting to them.”

Is it true that you’re not interested in being a model for much longer?

That is true, it’s not really my scene.

Social media is doing a really good job at supporting some of the people who’ve been hurt by this industry, and others. Do you like social media?

Personally, I don’t really like social media… especially Instagram. Whenever I’ve used it, it’s caused me to go into clouds of anxiety. But as a tool used immensely in this day and age, by the people who I’m trying to target, you have to appreciate its ability to spread the word on important issues.

Are you worried about the ‘echo chamber’ that social media creates with its algorithms — where people are only really seeing information that they already agree with because it is shared by their like-minded friends?

It is really impactful and not for the best. The only way you can ever learn or better your arguments or even yourself is when you are tested. Otherwise, you are just kind of left wanking each other off in your own little circular mindsets of self-aggrandisement.

Do you think that this kind of ‘online activism’ is making people lazy IRL?

Activism is activism and if someone’s with me, then jump on board. I don’t care what shape your work comes in, at least you’re trying. And as an activist, that’s all I can ask for.

Do you think the school system’s teaching kids enough about Australia’s real history? It definitely wasn’t when I was at school.

What reforms would you put in place?

Funny, that’s the first time anyone has ever asked me. First, major reforms in terms of our teaching of indigenous history. Second, who has the right to teach it. And finally, how much should be taught. So, in my eyes, it should eventually be that indigenous studies are mandatory for anyone living on indigenous Australian lands (hint: that’s everyone).

“In my eyes, it should eventually be that indigenous studies are mandatory for anyone living on indigenous Australian lands (hint: that’s everyone).”

Who or what brings out the best in you?

People who test or challenge me. People who I can learn from.

The truth freaks people out, that’s something you can take straight to the bank. We’ve seen enough people in our lives talking absolute shit, that when we hear someone say something that we all know is true but has never been said, it startles us into listening.

How do you change someone’s mind?

Changing someone’s mind is easy, it’s just a bunch of sweet nothings. But making them care, well, that’s the hard part. And in order to do that, you must first make them realise your similarities, not your inherent differences.

“You must first make them realise your similarities, not your inherent differences.”

When you reflect on your life so far, what do you see?

And what do you see for the rest of 2018 — are you working on anything special?

Well, at the moment, I’m just trying to get through VCE. That’s all I’m focused on. But a change is gunna come and there are good things ahead, so watch out. 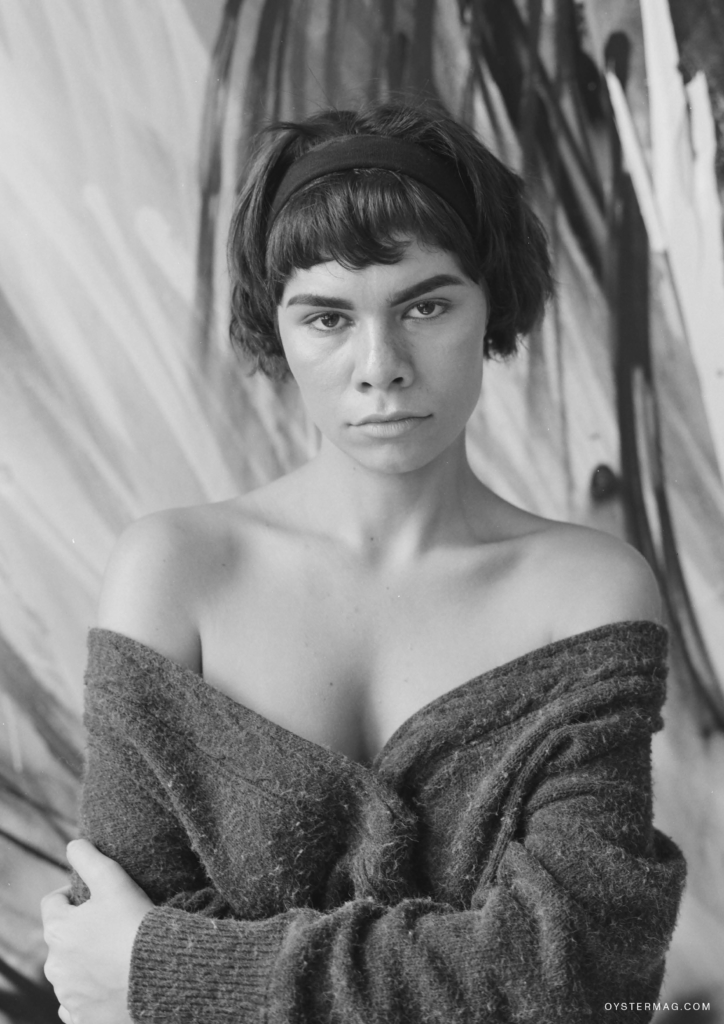