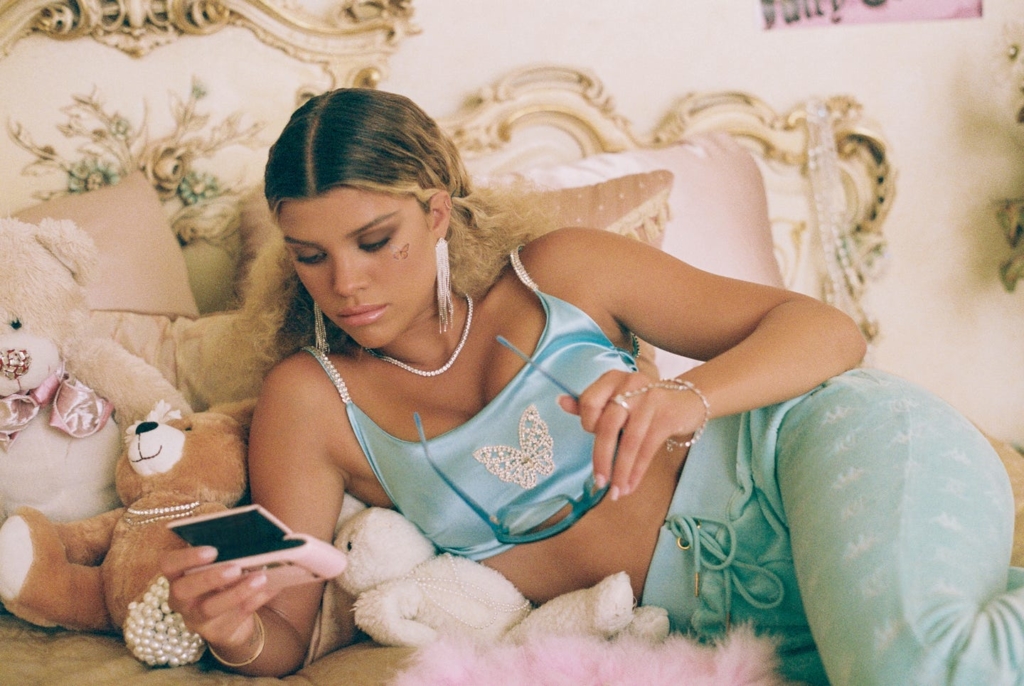 Mary-Kate and Ashley, Tia and Tamera, Chloe and Halle—everybody knows that a classic duo is simply iconic. This time around, Kappa and Juicy Couture have doubled up to bring you a dreamy capsule featuring tube tops, trainers, accessories, and, uh, a bunch of tracksuits, natch. Since 2020 has been a major bummer, get ready to enter the void and time-travel back to the bygone era of Motorolas. Looking back, 2002-ish was a much better, and simpler, time. Kelly Clarkson had just won the very first American Idol, we were only on the second Harry Potter movie, and our Oyster Issue 117 cover star, Paris, was ruling the world (not that she still doesn’t), getting ready to tour the U.S. with her best friend, Nicole Richie, with nothing but a blase attitude and a bunch of Juicy tracksuits in tow. Kappa x Juicy must know how nostalgic we’re feeling, because aside from tracksuits, they also tapped Richie’s younger sister, Sofia, as the face of the line. Lounging in key pieces from the line, including pink trackies and a sheer/faux fur combo that looks straight out of the era, the other Richie looks like our millennium dream girl.

New face of #KappaXJuicy 🖤 @Kappa @JuicyCouture launches on Tuesday, September 15 at 9am PST at kappa.com

And though we were frothing over all the pastel satin, we were wondering: where is the velour? Don’t worry, according to WWD, the capsule will feature looks in the iconic Juicy fabric a little later this year. For now, the pieces range from $45, all the way up to $225 USD. There’s going to be pop-up so you can cop the gear IRL in Los Angeles, but you have to sign up for a slot to visit in advance. If that’s too far a trip, the collection will be available for purchase online starting September 15.